With all the Tour coverage going on, it’s odd that a large bike company may pick these three weeks in July to release the most recent version of a mountain bike line.  Why not wait a couple more weeks for all the Tour hoopla to die down, then get all the media attention you want of your new fancy projects?  Or maybe the new version of a product line is completely fucked out, and you know it will be ridiculed by the public.  That’s what I think happened with the new Specialzed Epic 29er line released earlier this week. 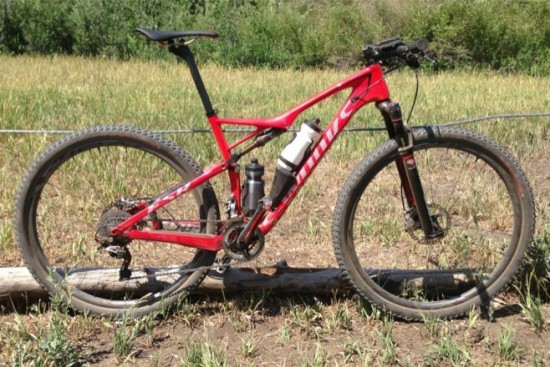 Before I go balls deep into this new Specialized Epic 29er, I just want to chime in that it appears that fatbikes are officially the new fixies.  Now that Specialized is making their own fatbike (to capitalize hand over fist once again), the fatbike has become an accessory.  I hope the guys from Surly, Salsa, 616, etc ride their collective asses over to that beacon of deuche Specialized calls a home office, and kick the company in the collective balls.  Now onto the new Epic 29er line.  I wish I could forgive Mr. LVB from VeloSnooze for writing the article and taking the pictures as an arm of the Specialized Marketing Co., but I can’t.  I would like to think I can call Logan a friend (although maybe not after this writing), and I understand that he is just doing his job.  But every word printed seems like it was written with the Specialized PR Person reading over his shoulder, making sure he hit all the high points without saying anything negative.

How about we start with the prices.  10 grand for a fucking bike?  I get that it’s a top of the line World Cup worthy race bike that the best of the best will pedal to victory, but 10 grand for a bike?  To paraphrase the great George Carlin, “I need to drop 10 grand on a bike like to need an infected scrotum!”  As Big Jonny put it in an email, he could get a used Jeep, or motorcycle, or better yet take the whole family on multiple trips to DisneyLand  for less money.  Kinda puts that amount of coin in perspective.  For less money you can get a lower-end model with a different parts spec, and keep the tab just below 4 grand.  However, the $3800 for the “bottom of the line” of the Epic 29er line is still a big chunk of change.  If I had a spare 4 grand lying around I’d probably develop a drug habit before buying one of these new whips. 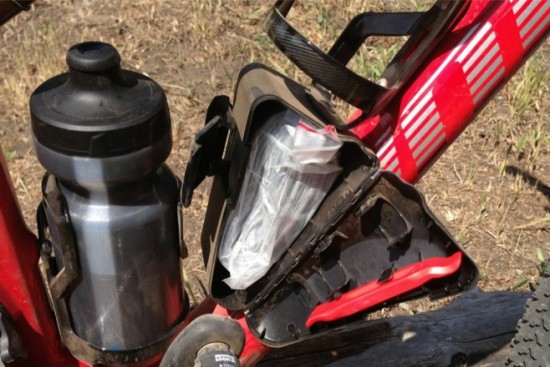 Next, and the part that pissed me off the most was the new SWAT system.  Apparently keeping a tube, lever, and multi tool in your jersey pocket is soo June 2013.  Now you can stash it all in a giant box that is going to rattle around while attached to your frame.  Rest assured because it’s a Specialized product it will break in no time, but don’t worry they will warranty it no questions asked.  According to the article, Specialized spent three years to develop the SWAT system.  Now in about three seconds anyone with half a brain could come up with the idea to use some electrical tape to secure a tube, lever, and multi tool to the top of your stem or back of your seatpost.  If you want to get all classy and drop some money to make your gear secure on the bike, why not get an Awesome Strap from BackCountry Research.  It will cost a whole lot less, is easily transferable between bikes, and doesn’t make you look like a giant dick.

Reading this article and seeing these photos makes me think that this could have been a glitch in the VeloSnooze server, and this story intended for April 1.  Apparently not, this shit is real and proves that Specialized can literally just do whatever the fuck they want.  I’m sure this new line of Epic 29er will sell like hot cakes to the masses, and Specialized will make enough money that the toilet paper they used at the corporate HQ will be made out of 20 dollar bills.