We’re starting a new feature called The Six Pack. It’ll be a short, quick take on some of the bigger headlines, videos or whatever that are flying around. We spend a lot of time on the social media whoring devices where some good stuff gets lost because we tend to skim along, scanning for click-worthy detours while we’re taking a crap at work, amirite?

We’ll keep it short (six items, get it?), and tell you how we really feel about them after six beers. Or maybe three because I’m a lightweight these days.

This’ll start as a weekly thing on Wednesdays. If you like it, DC will up the frequency, which would turn me into an alcoholic.

Hey man! You won the race! Congrats! Now bend over ’cause we’re gonna brand your white-as-snow ass. Getting a tattoo for winning SSWC is one thing. Getting branded like a fucking cow is another. Andre-Paul Michaud, from Durango, won the Fat Bike World Championship’s open race held last Saturday 1/30 in Crested Butte, Colo. Curiously enough, there’s a doctor from Durango named Andre-Paul Michaud. If it’s the same guy, it should be easy to self-prescribe some nuclear-grade burn cream for that emblem of victory. H/t to Bikepackers Magazine for showing us that, indeed, Colorado’s ranching tradition lives on. 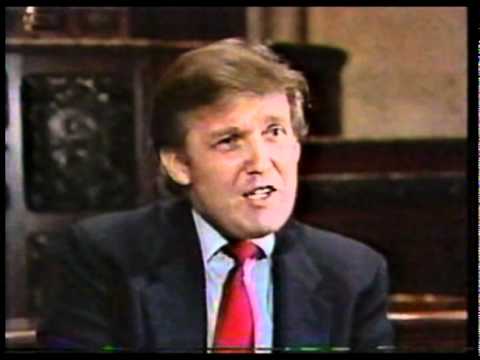 Remember when Donald Trump bought a bike race in 1989? I don’t, because I was three. Apparently, the last time he recalls riding a bike was when he was “seven or eight.”

“I don’t see myself as a politician, I think I speak my mind perhaps too bluntly,” he told NBC back in 1989. And neither do the folks in Iowa, if they have anything to say about it. (Ohhhhhh snap!)

We’re seeing this more and more around the country. We hear the good people at Brave New Wheel, a shop in Fort Collins, Colo., is applying for a liquor license. It’d be the only bike shop in town that can serve, so you can order your preferred tipple while you wait for a tune-up. And that’s a service we can get behind, for reasons. (Of course, you could always just BYOB.)

By now, everyone’s heard about the electric motor found inside 19-year-old Belgian Femke Van den Driessche’s Wilier Carbon Cross Bike. Sigh. I mean, if I want to watch a motocross race, I could’ve driven down to southern Indiana and hit up the Bourbon Trail in Kentucky for good measure. We don’t have much else to add to this story, but I’d like to highlight the quote from Wilier, the manufacturer of the afflicted bike, because they haven’t broken from the bike fraud motif in their official statement:

“We are literally shocked, as the main technical partner, we want to distance from this act absolutely contrary to the basic values of our company, and with the principles of each sporting competition.”

If you’re not careful, pro downhiller Neko Mullaly will whizz by and steal your beer. Oskar Blues paired up with Deity to catch rare footage of Neko’s hunting prowess — like an eagle snatching a drone from the sky mid-flight.

Farm Jam contest that Kelly McGarry helped to organise to be held in his honourhttps://t.co/ScTYasNCp9 pic.twitter.com/NQ5BRHYrfd

Kelly McGarry, a 33 year-old pro mountain biker from New Zealand, passed away on Feb. 1, while out riding on the Fernhill Loop above Queenstown, according to Red Bull. If you don’t know who he was, that’s OK. We don’t pay attention to every racer out there. He was a physics-twisting phenom who did backflips over 72-ft. canyons, no big deal.

The biggest takeaway, however, is that Kelly was a supremely affable guy, on and off the bike. There’s no shortage of remembrances online that describe his infectious personality and regard for the sport. If the list of his accolades and decorations as a rider is any indication, he was a man who heeded his own advice better than anyone else: “Less typing, more biking!”

On that note, we’ll see you next week.