A couple months ago I wrote about riding to work. After three years of complacency I finally ditched the excuses about a long, convoluted route to the “new” office. Twice a week for two months has yielded about 720 free miles. By free I mean I didn’t suit up for a ride. I was simply commuting to work. It doesn’t include trail miles or cruises to the bar. 720 miles saved on petrol and rush hour traffic. 720 miles on the legs simply pedaling to work.

Around the time of that post, I asked my office’s facility management folks what it would take to let me park the bike inside during the summer. No dice. I then asked if they could move the bike rack to the covered motorcycle spaces so my bike won’t dry rot in the sun when it’s 114°F. Just up against the curb so I could share a space with the motorbikes. “We’ll look into it.”

Well they looked into it alright. But instead of simply moving the current rack to a covered space, they went full remodel. I assume because of some DOT parking lot requirements. 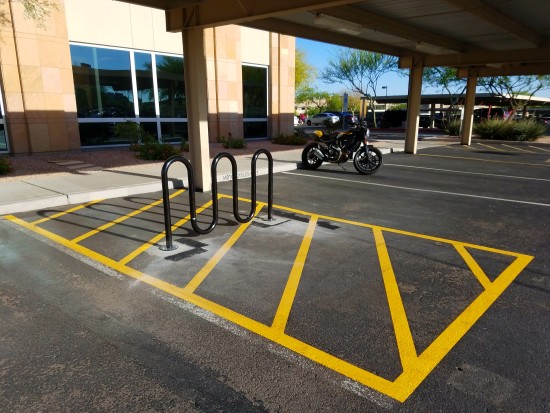 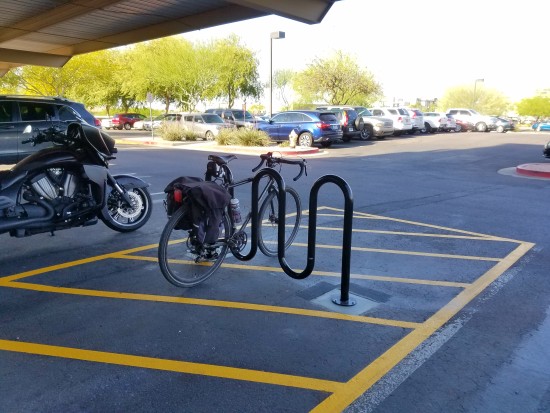 So I now more or less have a reserved parking space. It did not come with a pay raise.

In that post I also asked our readers to chime in with their experiences commuting to work, hoping there might be some good stories out there. Lo and behold a few of you actually responded.

Sam from the UK apparently works for our friend Charlie the Bikemonger and was inspired to make the class one morning.

“Jesus, you don’t know me…. but I know you….. the right honourable Charles the Monger of Bicycles is my employer I’ve been his Saturday lad for the last 6 years.

Anyway I’ve been reading the drunkcyclist blog since I’ve been working for Charlie and I read you post about cycling to work, and well I did it except it was to school (yeah I’m 19)

So life’s a bitch and not just for Christmas and this has been especially true recently (teenage angst bro!) anyway thanks for kick up the ass to actually get on my bike and fucking ride, I spend so long talking about them and tinkering with them I get the are actually a bag of shits and giggles even it’s a 15 miles road commute when it 0 degrees C outside (no idea what that equals in your American mumbo jumbo)

Keep the rubber side down!” 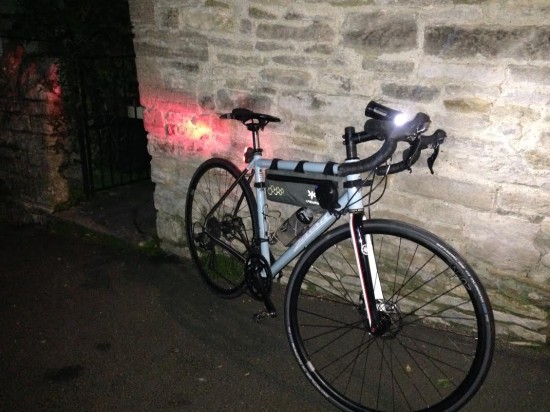 Jake from down under tells of his 10km route along a creek path in the bush.

It’s a bitch of a place for the most part: a fast paced and traffic laden commuting nightmare where what little bike infrastructure we have is being ripped up.

The sandstone geography ’round here means that there are veins of bush (that’s kind of what we call forest) in almost every suburb north of the Parramatta River, where the prolific creek system has left the land too steep or crumbly to develop. So the suits made them National Parks or nature reserves of some description instead.

Thank the Big Sky Wizard for that.

The upshot is that I live about ten kms (or six of your old measures) from the shop as the crow flies but by linking all of these little bits of green, I can get three times that distance before work with more than half of it on the dirt. And in almost as long as it would take the public transport system.

There’s not really a particular story here except to say that I’ve never regretted a ride in. Ever. When capitalism gives you lemons, go ride your bike. 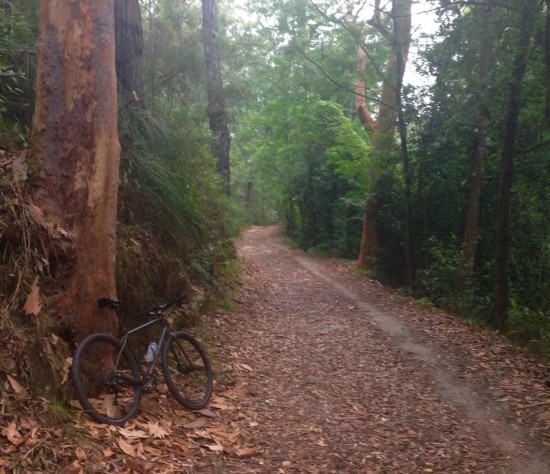 And another story from Chas in the UK of a novice bike trip to work 20 years ago.

“My first ever commute by bicycle was nightmarish. 20odd years ago I worked 16miles from home. My boss at the time laughed at me when I suggested I would try to ride to work sometime. So I resolved to ride the next day. I wasn’t a cyclist, and I’d just bought some second-hand, terrible, worn-out, old cheap steel-framed clunker that really should have been in a skip. I was, in fact, a fat smoker.

I don’t remember the ride *to* work, but the journey home was horrific. It was a mainly rural commute on A-roads through darkness. I had no decent lights, no hi-vis, no helmet, no spares, no tool kit, no food or water.

I had no idea what I was doing.

Riding home (and pushing it up all the hills) through the pitch-black night (did I mention was February?) was a long, drawn-out affair. Couple that with the freezing-fog, and my fleece (yes, that was all I was wearing on the top half) along with my woolly gloves were covered in ice. In fact anything that was forward-facing became coated.

When I eventually got home (hours after leaving work) I stayed in a hot Bath for several hours to warm-up.

I remember my boss phoned me at home to see if I was OK. Which was nice.”

Some first times are all the same. Awkward, messy, and leave you needing a bath. Thanks for the input guys, keep up the good work.