Over the past couple years, I have met a lot of drunkcyclists in my travels. It was no different when I went to Nashville last year and ran into dan and Eliot. These boys took me under their beer soaked wing and made sure I had a great time while I was in their town. With a steady supply of cold beers and understated trail directions like “all you need to know is to never make a left turn” I knew these guys were the real deal.

Now dan is hitting the road for a little extended traveling and will be documenting it over at his blog, fromthebookofdan . I know he has a bunch to say, so in the same vein as Pistil Pete checkin in from the road or Paul doing something badass, I asked dan to hit us with a guests posts every once in a while. His first installment came in an email titled “it ain’t titties”, a clear distaste for capitalization, and a little note attached:

“i was on a roll after working up tomorrow’s blog post, and just kept on plowin’.  …i pounded this puppy out like a quickie in the shower before church at your mother in-laws house. i gatta deal with unemployment tomorrow… and i’m thinkin’ i’m gunna just tell ’em to keep it.  too many hoops for too little $$$.  they won’t understand why i don’t want “free money”.  it’ll be just great. i hate dealing with lemmings.”

beer mostly. whiskey if you know me. rye, in fact.

why rye? a new liquor store opened across the street from the shop where i worked many moons ago. i went in one day to say hello and introduce myself as someone who will be doing his part to keep them in business. we took to chattin about rye and how i wanted to try some. i never had, that i remember. so maybe i had. dunno. can’t remember everything, then it’s no fun. next thing you know, over enough time to not look like a real drunk, i started buying one after the other and tried all the ones they stocked.

turns out i like rye whiskey more than any other liquor. in fact, i will have a few gin and tonics in the summer, when it’s hot, but i almost always drink rye. therefore, it only stands that i would find one i like that is both equally well priced for my habit and enjoyable to my pallet. it’s a good whiskey, really, and not expensive at all. i get it fer about $18+tax a bottle here in Nashvegas. taxes are high though. and as it is better to have than to want, this is what i keep around most of the time to enjoy from time to time when i decide to take part in sippin straight rye whiskey.

which is what i am gunna do right now. i am picking up the bottle and starting with the label. in fact, you should stop reading this right now and go get one for yourself and join me.

interestingly enough, when i researched rye to get a few facts correct, it’s pictured on the wikipedia page … while yer at it, click this one too . me? i’ll read it later, i’m ready to drink.

this is Old Overholt to me:

there’s a lot of caramel in the aroma. this is married to a heavier flower, but not sweet, more of a pungent tone. the base melds heavy in oak. the escape flows with a power compared to menthol, slowly warming your face just as kindling becomes pyre. just a dab would clone a musky cologne, that is ifin yer goal in life is smelling like yer tougher than the offspring of Lee Marvin and Chuck Norris having a threeway baby with W.C. Fields. definately serve it alone in a small glass with the circumference allowing your nose to be involved. with this being straight whiskey, even ice will effect the flavor.

with that in mind, i’m drinkin from the bottle.

you can literally feel it flow into your core. it pops. rolled between closed teeth the front half of your mouth gets a flash of black pepper, white pepper, and more caramel. i could swear, for just one moment, there was some sort of hard fruit, like baked apple or pear. then the floral fades dramatically to a light hue. and if you are sitting quietly, listening to the Dave Brubeck station on Pandora, you will feel a relaxation flow through you as you sink into the sofa, pecking out this prose.

feel the warmth regenerating. it’s bigger this time. definately baked pear. the oak seems more pronounced, with the peppered caramel losing a bit of the forefront. the aftertaste fades a little quicker, but the mood becomes smoother. not sure who is playing sax, but they are not fucking around.

so there is my first descriptive impression while enjoying this fine Kentucky Whiskey that has had a stable spot in my life. thank you for following along.

my favorite is Michter’s Rye, but it is expensive for general sippin.

i don’t drink anything Canadian.

yeah, i ride bikes too.
-dan

All this talk about whiskey reminds me of this song and it sure does make me thirsty. 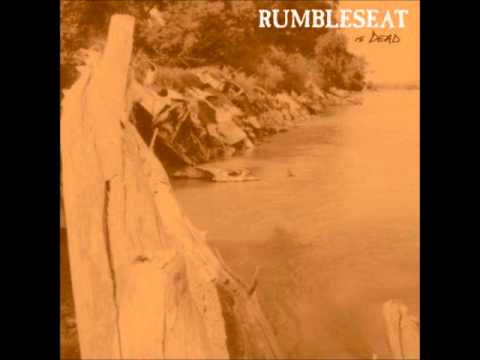