So this never happens: D2 ran his mouth.

A lot of readers got a bit butthurt about my post about carbon fat bike rims, and y’all called me a fag or told me I’m a bitch or whatever. I expect that.  But Borealis Bikes did something else: they challenged me. Adam from Borealis down in Colorado Springs, CO called me up and said, “I’d like to change your mind about carbon fat bikes.”

Alright, I said, I’d love to have you change my mind.

So Adam sent me a Borealis Yampa, a full carbon fat bike that weighs in somewhere in the mid 20 pound range. I’ve been shredding on it for the last few weeks and I’ll be doing a three-part review of it. This is part one, the introduction: what it is, why I’m riding it, and what I want to find out about it.

WHAT IT IS: Carbon. And lots of it. I was supposed to get carbon fat bike rims to go with it, but as of this writing, I have yet to see them land in my possession. The frame and fork are full carbon, as is the handlebar and the seatpost. It’s got Turnagain wheels (80mm wide) and Surly tires (Bud on the front and Lou on the back, both 4.8 inches). SRAM brakes are on stopping duty, and an XX1 drivetrain gives this bad boy go power. 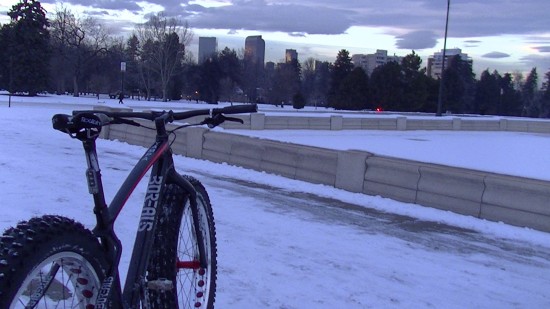 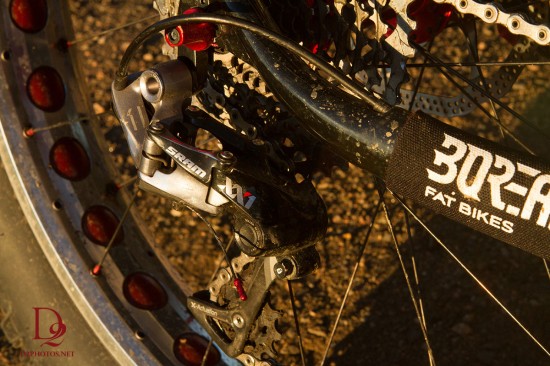 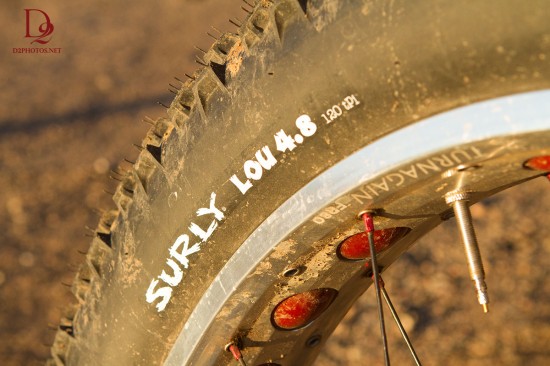 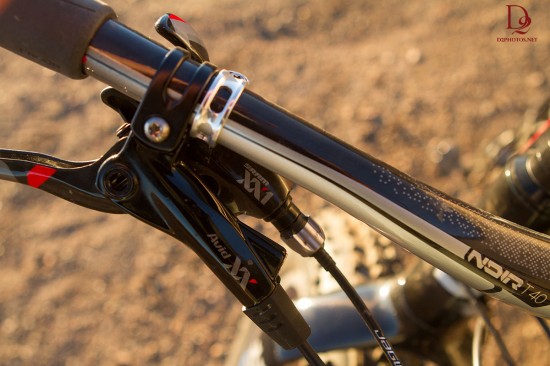 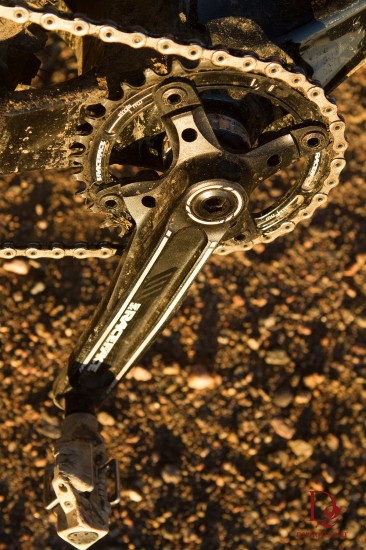 WHY I’M RIDING IT: When someone sends you a free bike, you ride that fucker. But seriously, the reason I’m riding it is because Borealis wants to change my mind about carbon fat bikes. That’s a tricky thing to do because I think most people who’ve read my recent posts misunderstand my stance on carbon. 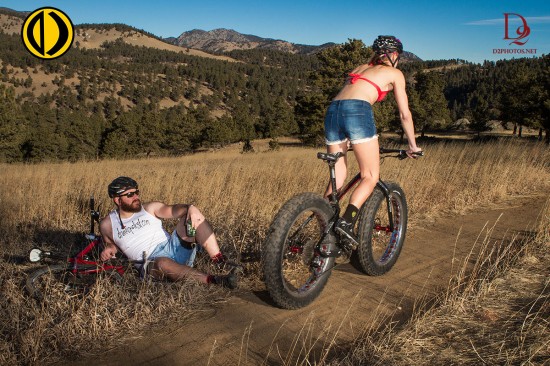 Carbon is awesome. it rides fantastic. It’s light. It’s a great building material. I have nothing against carbon as a building material. My initial complaint was that carbon is often unnecessary in certain circumstances, existing only to drive up the price of a bike. Carbon fat bike? Sure, it’s cool, but is it necessary? Is it worth the astronomical price tag for a bike that doesn’t do it all? Fat bikes are niché bikes, so why spend all that money on it? That’s why I’m riding this bike: I want to find out if there’s a reason to spend five grand on a bike I’ll only ride in the snow or deep sand.

So, I want to find out why I should plunk down 5 grand on a carbon fat bike. More importantly, I want to find out if this Borealis Yampa is so mind blowing that it changes my perception of fat biking as a niché; in other words, could I happily own a really expensive fat bike and have it be my only bike? Because quite frankly, that’s the only way I’m owning a bike that expensive.

So, when all is said and done, I’m happy Borealis got in touch with me and I’ve been happy to put the Yampa through its paces. I’ll be fair about my review, and honest…let’s see how it all turns out in the end.