I figure we should talk about this little race going on up in Colorado. The US Pro Tour of Colorado Coors Classic Challenge of Cycling is a 7 stage, dog and pony show of cycling over the kick ass roads of Colorado. Some real UCI pros show up and give it a go in the thin air and it gives us an excuse to drink heavily on the side of the road in the mountains.

I had planned to follow the majority of this race on my way home from SSUSA but I only ended up seeing Stage 2 up on Independence pass. It seemed the call of Colorado single track was more alluring than following around a bunch of dudes in stretchy clothes. Some would disagree, but I feel that I made the right decision with this: 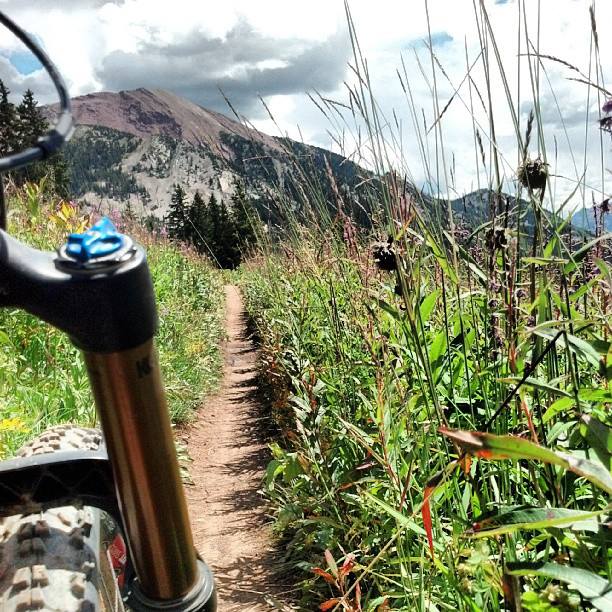 But let’s talk about what I saw on that one stage. We had arrived around 1am that morning and poached some camping in a campground just outside of Aspen. We took a brief nap and in the morning the host was nice enough to let us slide and didn’t make us pay. The day was off to a good start.

Since I was on a mountain bike road trip, the only thing I had to ride (oddly enough) was a mountain bike. So we got all geared up and pedaled our knobbies towards Independence pass. As I wheezed my sore carcass up the road, everybody on a road bike was nice enough to point out that I was on the wrong bike. The snobs got on my nerves a little bit, but it didn’t matter much. Like always finds like and I would soon find the drunkcyclists in the bunch.

I was right, and not 5 minutes later I was introduced to one of these: 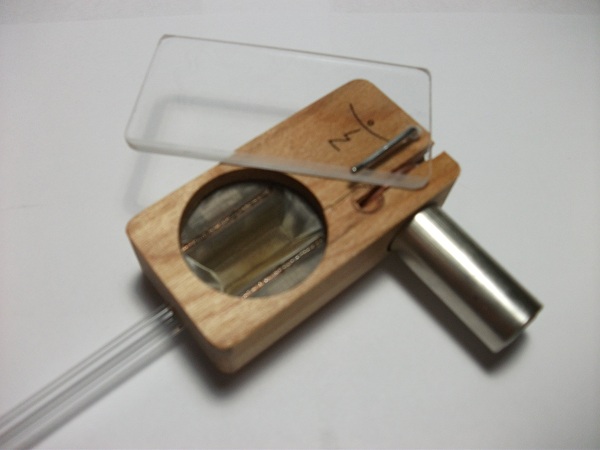 That didn’t suck. A little further up the road I became acquainted with a few of these: 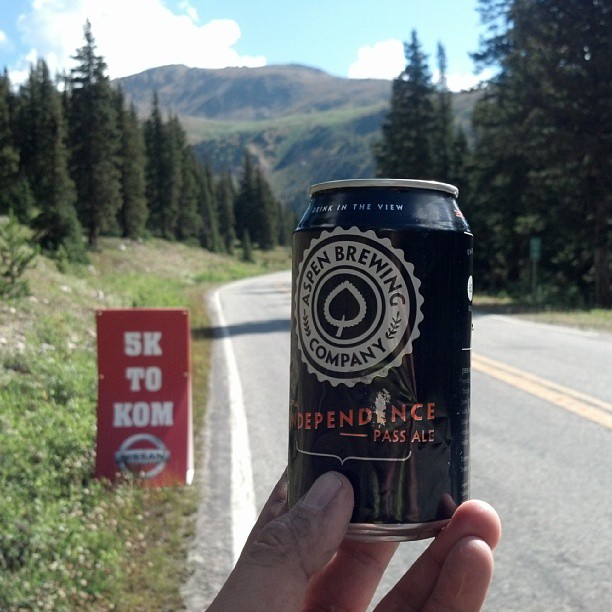 I pedaled slowly, sipped on my beer donations, and finally made my way to the top of Independence pass. Right at about 12,000ft above sea level, and let me tell ya…altitude and beer is a good time. When I got to the top, it was like a goddamn blogger’s convention. Mr. Angry Singlespeeder was up there in all of his disco ball wearing glory. I turned the corner and ran into Mr. AHTBM and he was hanging out with none other than our long lost contributor Pineapple. We miss that guy, but he has been busying himself with other drinking and writing endeavors.

Hanging out waiting for the racers, somebody put a margarita in my hand..then the homemade whiskey started flowing and people started mingling a bit more. I made a little video to sum up the vibe:

There was even a young lady in a full DC kit. 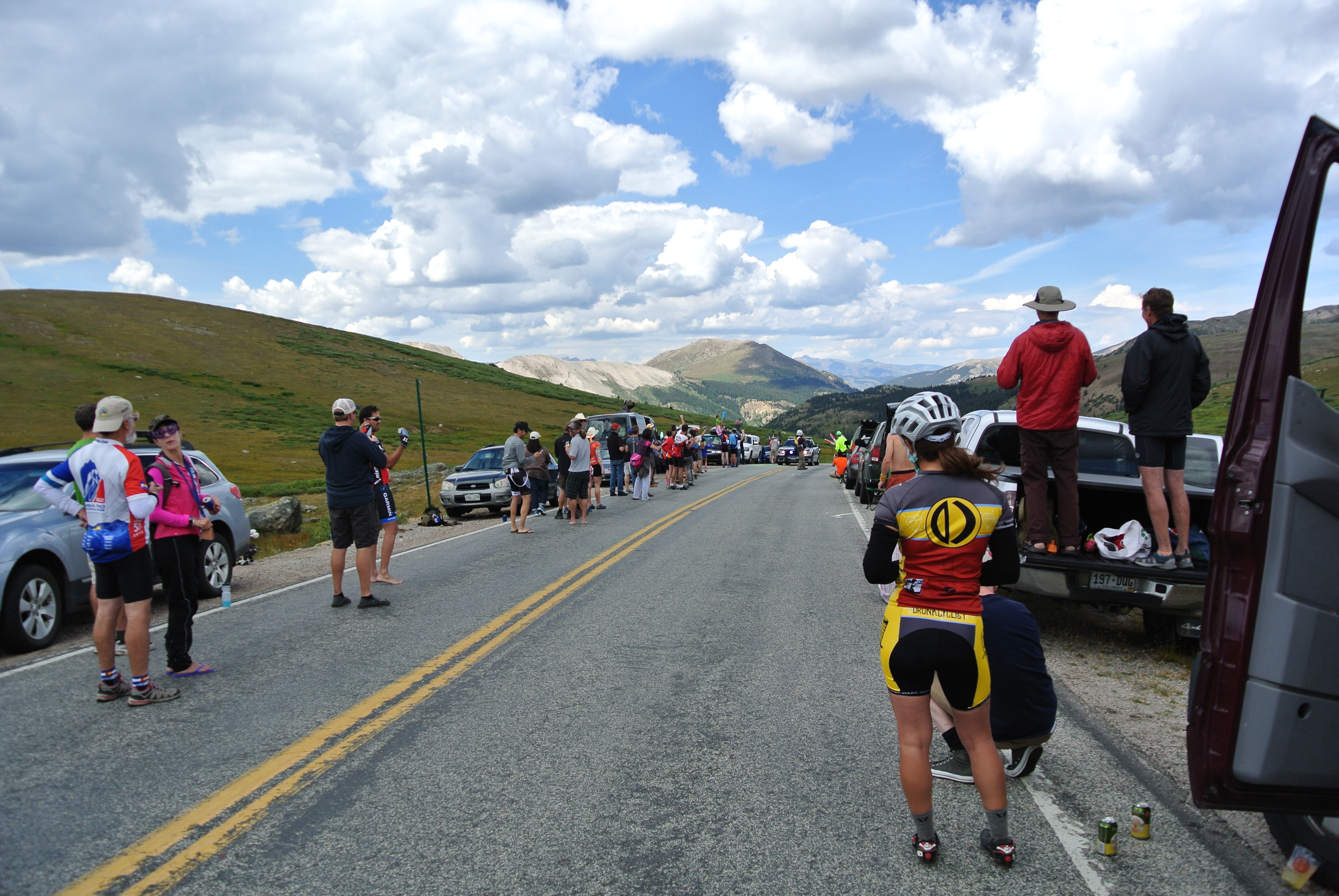 It warmed my drunken heart to see our homeboy KB up there. 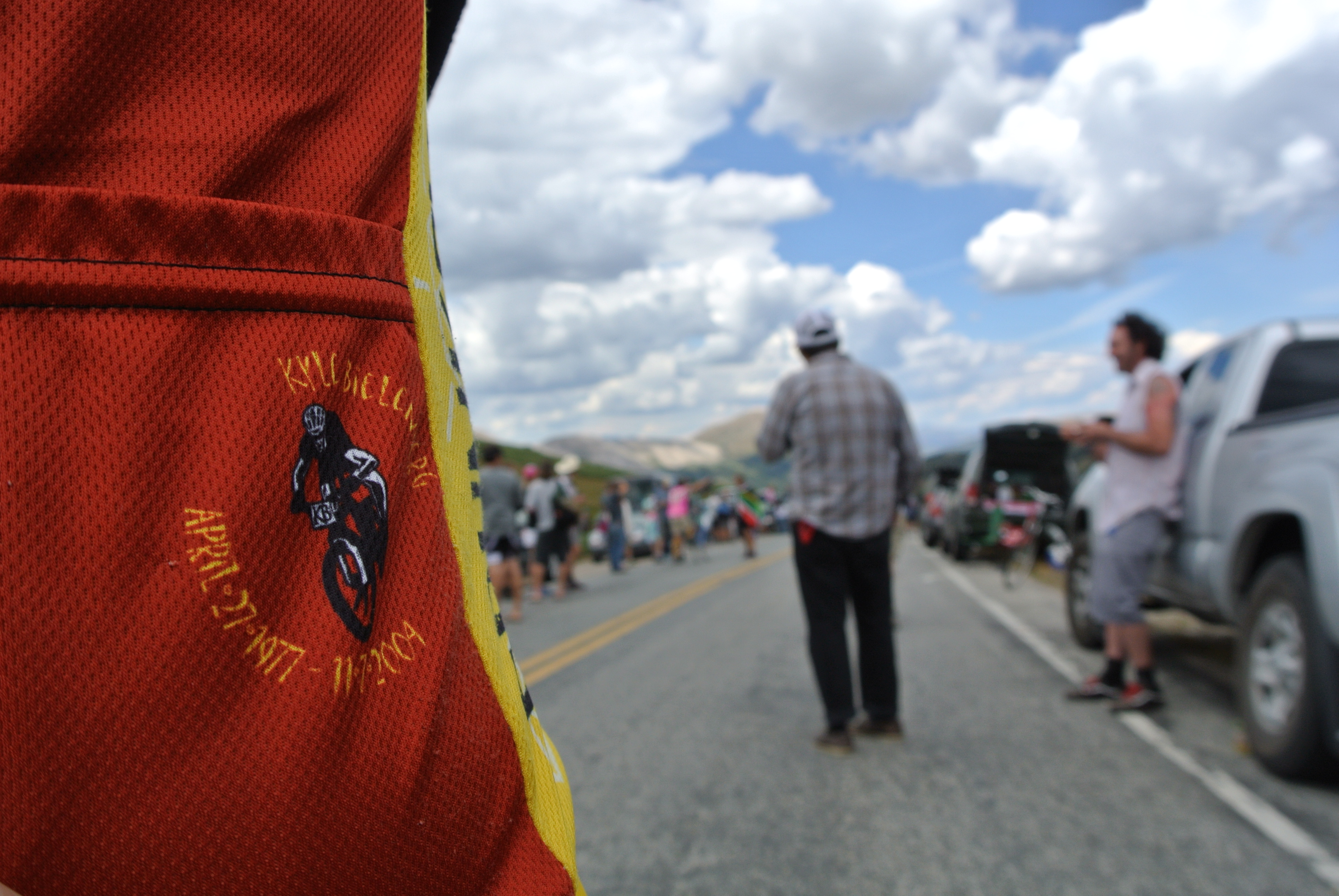 Eventually some racers went by, but it was so early in the stage just about everybody was still together. It was fairly anticlimactic. But it was fun sticking stickers on things afterwards: 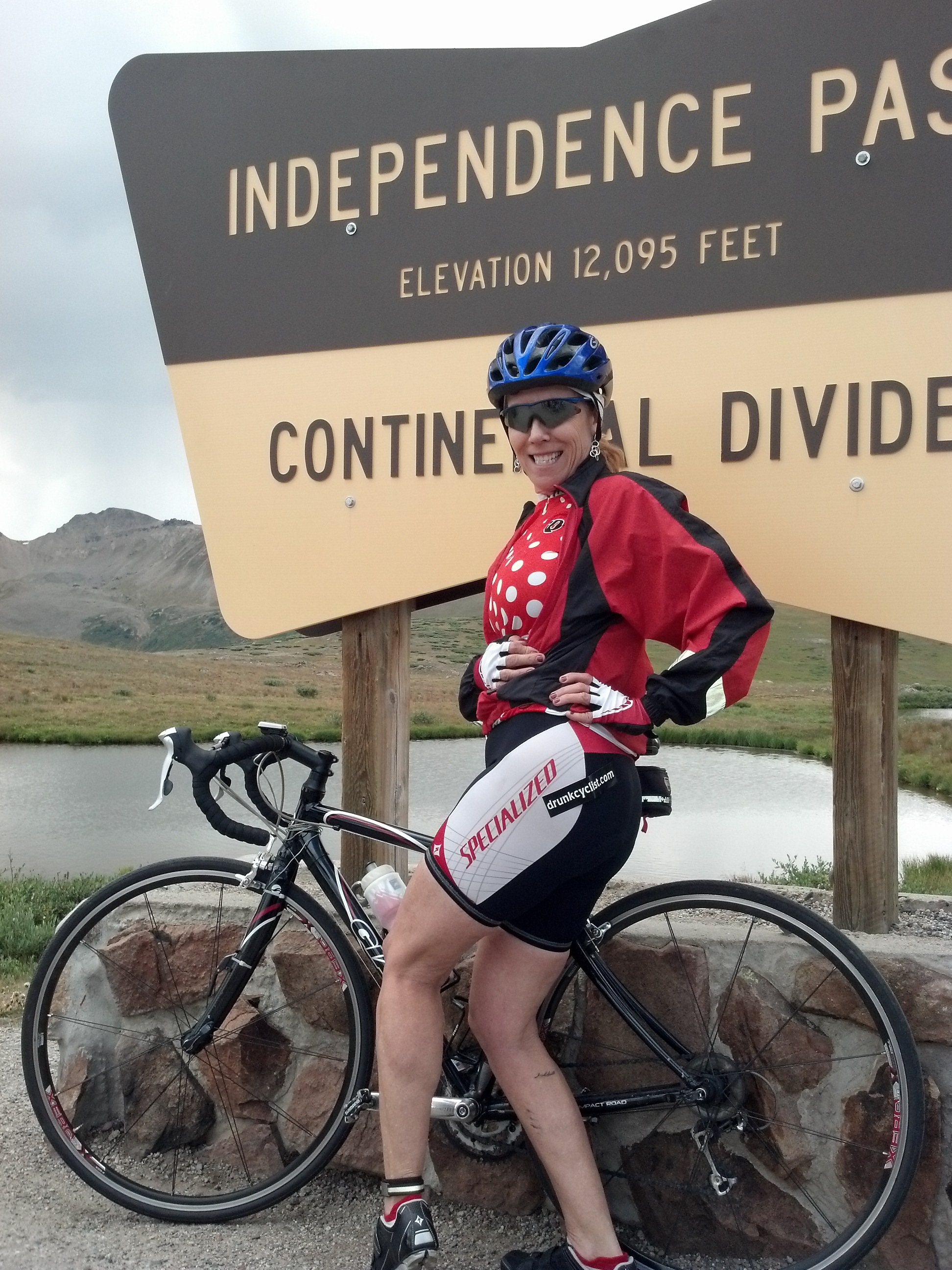 I waited for most of the spectators (and cars) to disperse then I proceeded to swerve my way back down the road. Enjoying the views and going really fast, I was having one hell of a time. That is until some little man on really expensive bike came up along side of me and scolded me like a bad dog saying “you need to pay more attention to where you are going!” Maybe so, but I still don’t give a shit. That is when I realized maybe this isn’t my scene. The ridicule of the smug pricks about my bike choice on the way up, and the scolding by some douche on the way down stole a little bit of my stoke.

I made it back to camp and slept it off for a few hours by a pleasant little stream. I then made the call that this trip would change course and head Crested Butte for some singletrack instead of pushing on to the next stage in Steamboat. I think I made the right decision. 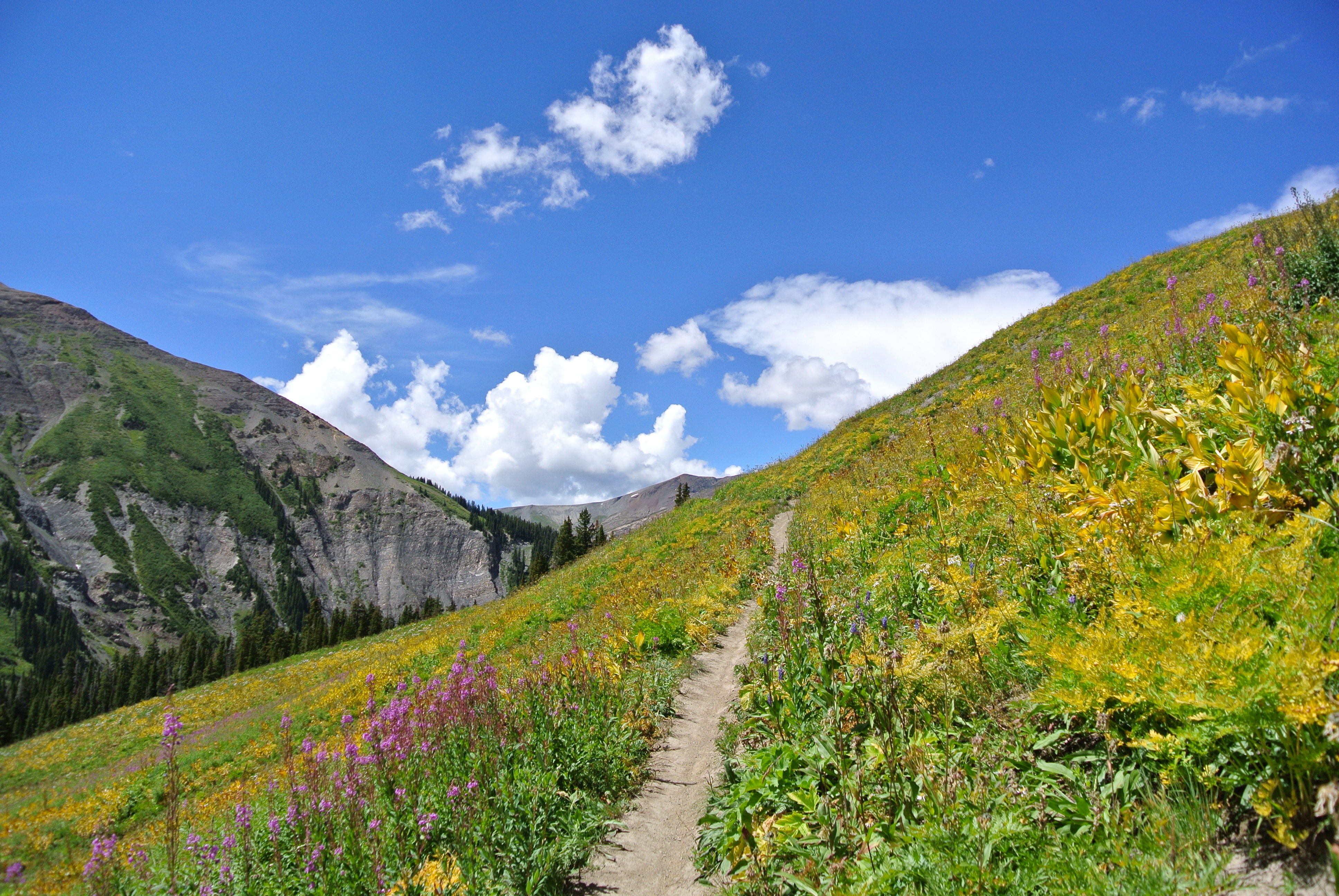 In the end, Tejay van Garderen won the whole thing and Peter Sagan showed everybody just how easy it is to race in the US (yet again). D2 and 40 hands had a front row seat for all the action of the final stage. I wonder if they had the same party I did?

Caveman, Cupcake and myself are still trying to wrap our heads around everything that happened in Minnesota at SSUSA. Hopefully I will have something for ya by Tuesday.