I got marching orders from the higher-ups and got my ass over to the X-games. I don’t have regular employment and the people at the press area said they had no idea who Drunkcyclist was and who I was didn’t matter, and I should take a flying fuck at a rolling donut on a gravel driveway. So thanks for nothing, Jonny. I didn’t buy a ticket and didnt get to see all the awesomeness close up. Didn’t matter as there was really nothing going on when I was there anyhow.

Shit is nuts what the kids are doing these days. 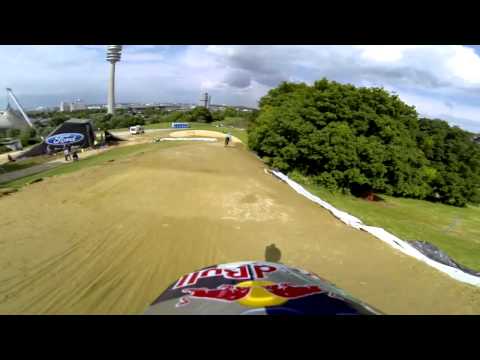 Berrecloth and Söderström show us what’s up. (Söderström not so much…)

Seeing as I wasn’t going to get backstage no matter who I did ‘favors’ for, I decided to see what else was going on.

First up: E-bikes are big. Like REALLY big here. If you have never been, let me clue you in one something. Germans love the outdoors. Almost every one that I’ve talked to in the 12 years I’ve lived here goes out wt the weekend. And I’m not talking about drinking, dancing, fucking or fighting. (Although those things do happen as well…) It’s nuts. They will spend any free time hiking, biking, climbing… you name it. So when you’re old and grey and can’t quite get up that 15% hill thats 12 km long, but still want to… You get an E-bike. They even make them in full-sus, downhill variations. But that’s not what I want to show you.

Like this guy. I’m guessing he was about 4, max. Mom’s going to have her work cut out for her. 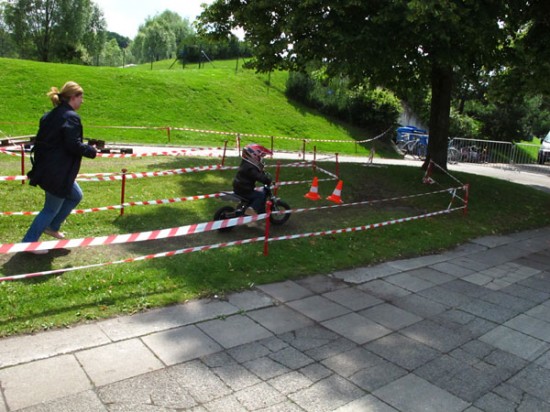 In action:(Click it to see the cheezy animation)

This place was full of great ideas as well as a few questionable ones. 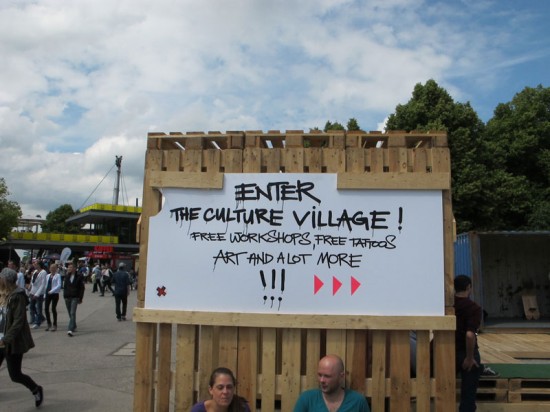 For the former skater in all of us. A deck chair. (Ha! I made a funny!) This one in particular was made by an artist who sprayed the deck black, then scratched away until he got this image. It was pretty cool, but not 200 euros cool. They also would ‘upcycle’ your old decks into chairs or mini decks. Not a bad thing methinks. 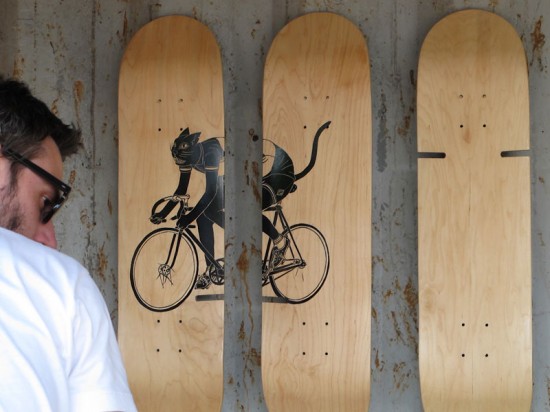 The guy in the middle. I’m pretty sure he thought I was some undercover cop. That is, until I cracked open Faxe #2 and spilled quite a bit of foam on his new DC sneaks. Then he got pissed. Fuck him for thinking I’m a cop, and fuck him for trying to be all hard in my pic. 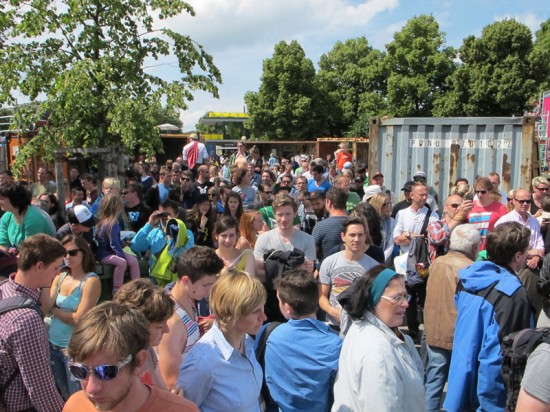 Here is about the closest I got. Security everywhere, fences, ugh. It was too hot and I was too old to try jumping them anywhere. I can’t run so fast anymore; slower when I have a beer or three in me. Plus I had a camera, a Lomo, a bag with a jacket AND sweatshirt… no way. 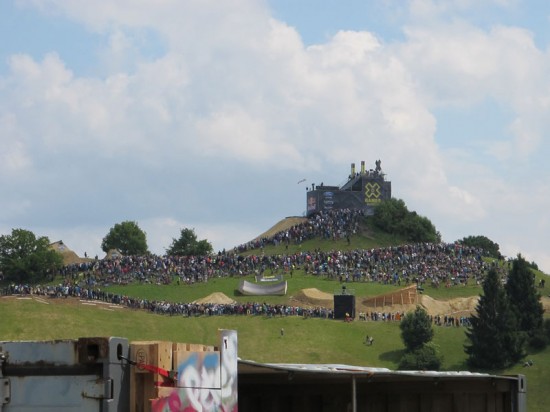 From the Big Air ramp I bet you could do one hell of a cannonball. Those are full-size people there. That shit is nuts! 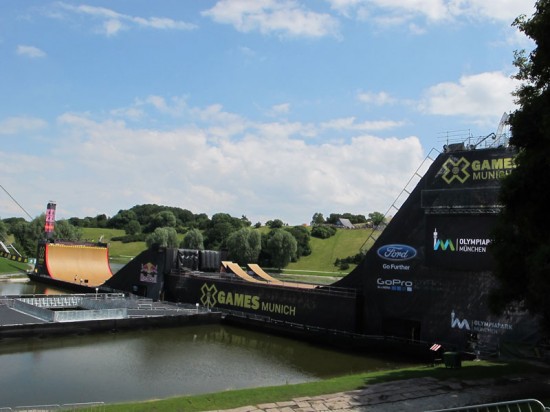 All in all, it was a good day after so many weeks of shitty rainy weather. I got to see some new parts from various companies, found a possible new tattoo artist and drank beer in the sun. I won’t get into the torn up knee and waiting for the ambulance with a family and playing translator until the ambulance showed up. No one wants to hear that shit. (Someone’s mother, not me…)

I’m sure you can find all sorts of videos on Youtube or Vimeo or wherever. Link them in the comments, maybe we’ll get another post with more highlights.

“Cuts, scrapes, bruises… all in a day’s riding. Then it’s off for some good german beer in a local biergarten.” Munich, Germany
View all posts by bikepunk →

One thought on “So there was this thing in town…”