We had the privilege of sending Dan America to Grand Junction for the inaugural Grand Junction Off-Road and to put it simply, Dan relished the opportunity and from the looks of it, left no stone unturned. We sat down with him last week to see how his “race” went on his 16’er and to get a glimpse of the man behind that full faced helmet. Enjoy. 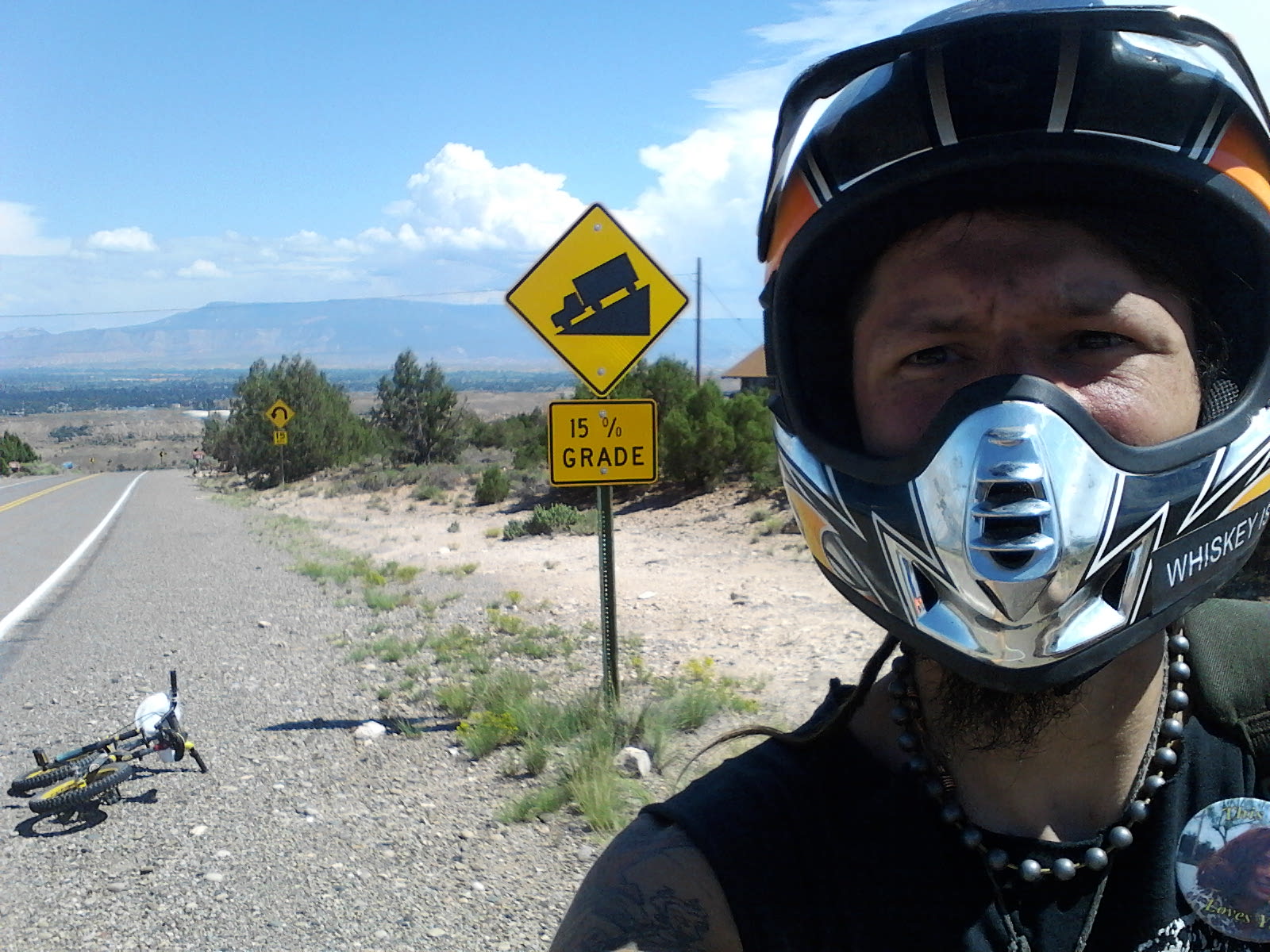 Drunkcyclist: If you were a stripper, what would your stage name be?

Dan America: If i were a stripper it’d have to be at a gay bar and I’d go with Sweet Baby Bitch for my stage name.

DC: How was Grand Junction?

DA: OMG. GJ was, for lack of better words, EPIC!! I arrived 2 days before the rest of Team DC, guerrilla-campout on the Colorado River twice and got to know the hotspots and locals. 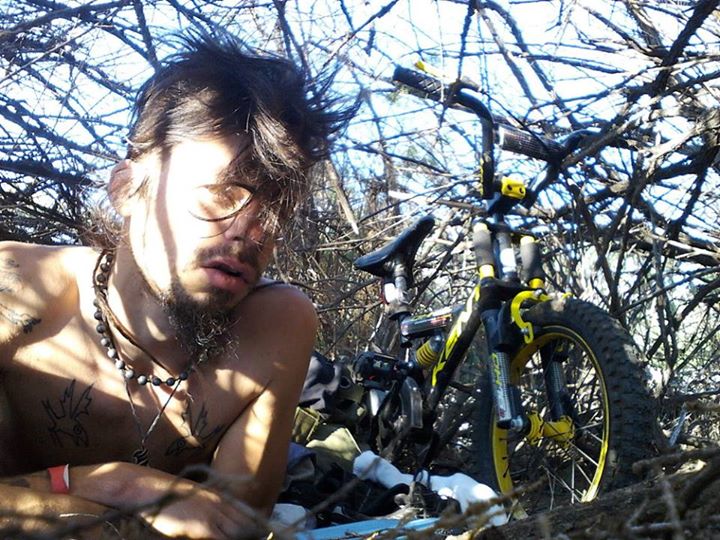 But I had a FUCKING BLAST!! Crashed 6 times, bloodied up my knee and a couple dings on my elbow. Covered in trail dirt with dried blood mixed with sand on my leg. Drank a beer on course with random mountainbikers, kept other riders pushing hard out there because I was passing them on sections of the trail (they didnt want to be schooled by a 16″). So much positivity from people when I finally came down the mountain into town! Pat (Scandinavian Jesus), Mandy, Jimmy & Jocelyn are amazing people, I love them! Mission accomplished.

I blew that shit up proper and made some great new friends. I strongly recommend that you hit up ROASTED (coffeeshop) and SABROSA (divebar). Roasted has great samdwiches, wraps, coffee and a couple of the cats there also work next door at Sabrosa! Sabrosa has a fucking fun karaoke night with Miss Lilly on Thursday nights, Team DC shredded it. I blasted 5 songs including DANCING IN THE DARK by SPRINGSTEEN. Goddamn, that town is SWEET! 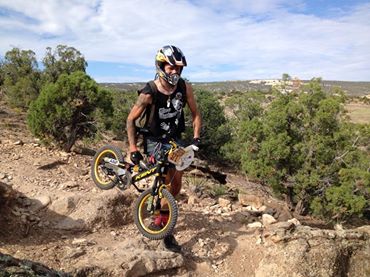 DA: Zoobomb. We’re a fun-loving crew of bikers that ride freakbikes, tallbikes, kidbikes, whathefuckever. We promote fun, drinking, and being yourself. Zoobomb throws the biggest winter bike-party every February around Valentines Day during which I host and race a 5-mile UPHILL BATTLE on 16″ kidbikes. It’s called The Badass Challenge. I’ve done it 9 times now and finally scored 1st Place this year. Come to Portland, Oregon and drink/ride with us every Sunday night ALL YEAR LONG. We meet at 9pm at SW 13th and W Burnside.

DC: How did you prepare for the race?

DC: What’s a typical day in the life of Dan America?

DA: Wake up, smoke a cigarette, play some classic Misfits songs on my mandolin, ride my bike to work, slay the dishpit ’til closing time then go drinking with my coworkers til beer-thirty (2:30am in Oregon, 5am in Alaska). Bike home wasted and ass out ’til morning and do it all over again. I’ve been in college since June 2011 soo throw in a couple classes a week on top of all that… I can’t wait to be done with it.

DA: People that take themselves, life, and cycling (pro or otherwise) too seriously. I hate serious cyclists in spandex on carbon frames with carbon everything that pass on your left giving less than a foot of room without calling their side. Fuck those douchebags.

Politics, holy fuck… I’m a History/Education major in college so let’s just say that when I finish and have a teaching job at a highschool or college, I’ll be banging into the heads of my students how to think critically and question everything, to not accept the status quo as the end-all-be-all.

DC: Can you please explain this shit? 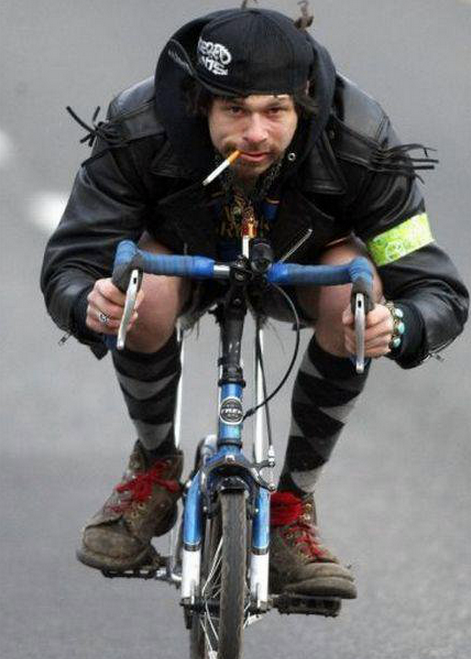 DA: Google “CHARIOT WARS AP” – I was bombing down Hawthorne Blvd in SE Portland during Minibike Winter 2012. The Zoocrew were riding from Mt. Tabor to the Willamette River for the Cupcake Challenge (jumping a 16″ into freezing water). Turns out that rad older black guy with greyed-out dreadlocks and fancy camera equipment was a photographer from the AP. I had no clue about that til after the weekend was over and a few friends and family started linking that photo+article at me. It blew my mind!

DC: What’s your most favorite part of your personality?

DA: That I don’t give a fuck what anyone says or thinks about me and what I do with my life.

DC: Do you believe in magic? If so, what sorts of magic?

DA: Yes. Satan. Pan. Abbadon. Apollyon. Lucifer. I’m no christian, no buddhist, nothing. I am of the Earth or somewhere below it. See ya in Hell, brother!!

DC: What’s your favorite word and why?

DA: I hail from a historic little dairy/agricultural town, in the Matanuska/Susitna Valley of South-Central Alaska, called Palmer. Palmer was a colonization/agriculture project drawn up in the White House in the 1920’s/30’s. The US Gov sent several families from the upper Midwest to the Mat-Su to start up the town and many years later my father left Portland, Oregon for Alaska. He got married, had 4 kids (myself included) and bam! I got the fuck outta there in 2005 and landed in my father’s hometown of Portland, Oregon, been here ever since. My 8-year anniversary is Sept 16th.

As to where I’m going, I’m trying to blast through college, get a teaching job and keep on riding bikes. Ideally, teaching will be my career. I want to get out of the USA for a few years, teach abroad in Latin America; and doing stupid shit on bikes (entering pro races on a kidbike, etc) will be my backup plan ;)

DA: PBR for cheapass beer, but I prefer a strong, dark IPA or an evil Stout or anything above 8% ABV for microbrews. Whiskey is my booze of choice: Old Crow or Beam’s 8-Star on the cheap, Buffalo Trace or Dickel’s Rye for the more refined drinker in all of us.

DC: You ever been caught doing something bad?

DA: uhm………..Yes. I’ve never been in a drunktank or booked into a jail but I have been cuffed, frisked, thrown about and put into a squad car a few times. Arrested one time only for riding my 16″ on the public transit lightrail train platform, was placed under arrest and read my Miranda rights and after talking with the officer he says, “Okay Mr. ______, you’ve been very respectful and truthful so I am releasing you at the scene of your own recogniscence. Now go to work.” That is a story for another day, it’s way better in person. 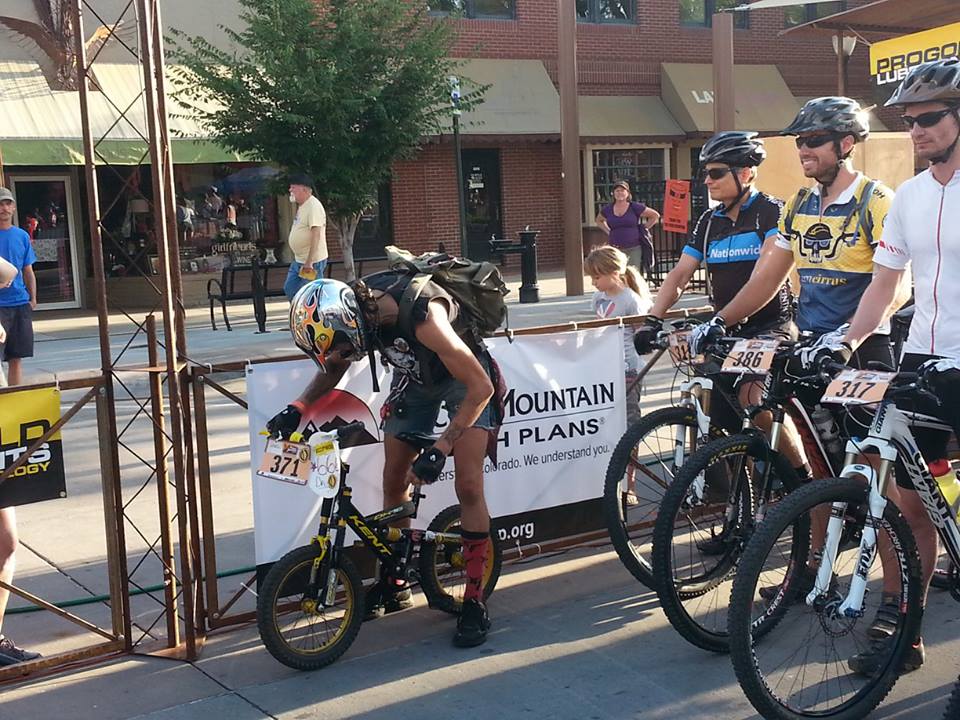 DC: If you won the lottery, what would you do?

DA: Pay off my student-loan debt, pay for the rest of my education without trying trying to access even the best emergency loans, set up an endowment/scholarship fund for kids of low-income families to go to college, and establish a suicide-awareness/survivor program. I recently, 15 months ago, lost someone very dear to me that was extremely influential on my life in so many ways that I didn’t realize until she was gone. She chose her way and time to leave. She is my inspiration for pushing harder in life, exploring further into myself to find that strength inside to do anything that I put my mind to and she instilled in me a burning desire to go to greater heights with cycling. I respect her decision but goddamn… Being someone who keeps on going after that is the hardest shit ever. We gotta keep on living for those who leave us too soon and be there for the families that are left behind.

Ain’t that the truth. Keep on riding and keep on living every day because you never know what’s around the bend. Thanks Dan for the chance to talk and sharing your story. You’re a true Drunkcyclist. I’ll be tipping back a cold one tonight for you sir, cheers!

9 thoughts on “A Conversation With Dan America”