Next time you hear someone in Arizona bitching about “those damn Mexicans” or whatever other colorful phrase is in vogue, remind them that not more than 160 years ago, all of this was Mexico.

They call it the Treaty of Guadalupe Hidalgo. It was signed on February 2, 1848. 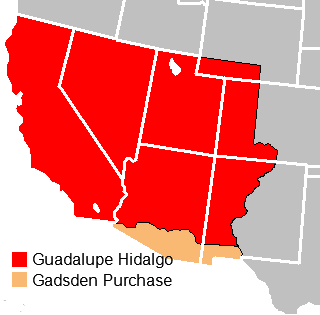 The rest of it went to the US via the Gadsden Purchase in 1853.

I wonder how many of those dumpfucks actually know the history of the place they live in?