I was jammin to Black Sabbath’s Heaven and Hell, when my older brother called.  The new earbuds cut enough sound that we could chat while I kept pedaling, which was pretty damn cool.  My brother was the one who turned me onto Black Sabbath when I was a little kid, and he was also the dude who beat my ass all the time because he didn’t want to have a pussy for a little brother (his words, not mine).  So we’re chatting along while I pedal through Amishland. 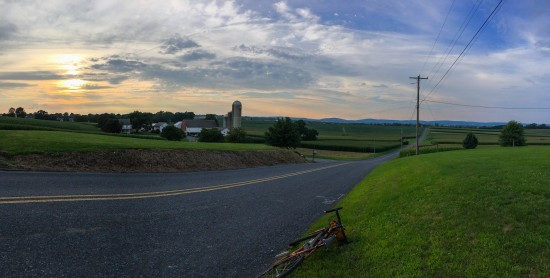 I had taken the long way home from work, meaning that I didn’t have any reason to rush so I just pedaled around the country side until it started getting dark.  I’m rather lucky that I have found myself in this place.

…and as I head around a curve, this Harley Dude came zipping by a little too close.  Unfortunately we all know this bullshit far to well, and due to its commonality, I brushed it off and just kept on rolling enjoying the conversation.  We continued to chat as I round the next curve and start up a small hill when I saw something that made me interrupt my brother mid sentence.

On the side of the road was the Harley Dude, and he was slowly making his way to intercept me.  I didn’t know what I was about to get into, but I sure as hell wasn’t getting my ass beat with my older brother on the phone… and considering I was clipped in, and this dude had at least a few inches and more than twenty pounds on me….  I started tearing through choices and scenarios.  Is he going to try and shove me off the bike, maybe throw something, maybe even an attempted tackle?  I could swerve around and sprint, but if this dude wanted to chase me down, he’s got a motor and my best chance would be to just ditch into a corn field if I could make it up the hill and around the corner.  So I made the choice to face him head on.  If I’m lucky he’s all bark… and if not, well…

I slow to a stop about five feet away, well out of range of a first swing as he closes the gap.  I pop both feet out of my pedals and exhale preparing to stand my ground.  Planted straddling the bike trying to not show aggression my veins pulse with adrenaline.  As I pull out my earbuds, he squares up and begins to raise his right hand.

“I know I came to close and cut you off back there, and I’m very sorry.” his hand outstretched, reaching out to shake mine.

My world spun.  I was speechless and confused.  I shook his hand as he continued to tell me he rides and hates it when people buzz him, how dangerous it is, and then apologized again.  All I could get out was a heartfelt “thank you, this means the world.”

I don’t even remember how it ended, just that a few minutes later I was back to pedaling while explaining the whole thing to my brother.  And as much as he was blown away at how cool this dude was, he also thought it would have been funny to hear his little brother get throttled on the phone.  A few minutes later I get to the house, crack a beer, and we have a long distance drink together thanks to Ma Bell, and we hang up both happy. 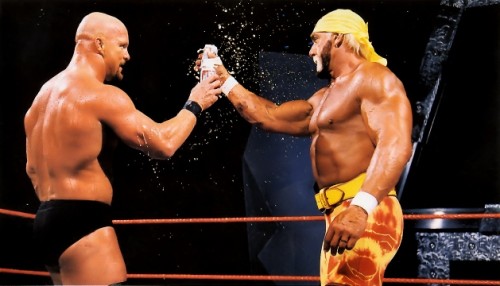 Too many times all we talk about are the dicks and assholes, and oh are they plentiful.  Once in a while though, we gatta give shine to those who actually give a fuck, those responsible for their actions, those that hold themselves accountable.  You don’t have to agree with them, but honest good people are getting harder to find, and I for one am so stoked this dude not only had the balls to admit his mistake, but to actually give enough of a fuck to confront me to apologize.  Lesson learned.

it's all bullshit, all of it. thesefuckingsoftpeoplewalkingaroundwiththeirheadsupthereassesnotlookingaroundtoseetheworldorenjoynatureorthecompanyofanotherhumanwiththeirselfentitledknowitallcantmakeamistakeeverybodygetsatrophypussyassattitudeandmindsetarethefuckingproblemwiththisworldandtheonlythingthatwillfixitisactualhardshipnothismanufacturedhardshiplikecrossfitorspartanraceoranyotherbullshitpansyasswannabeadventurecrapnopethesepeoplearepussiescompletepussieswitheverythinghandedtothemimmediatelynoempathynocompassionnoPASSIONnoloveforanythingotherthanselfimportanceandsuperficialhierarchythatisselfimposedinordertomakethemfeelworthwhilewhenalltheyareisatickorleechonsocietyafuckingcowheadedtotheslsughterwithnocluetheassholefeedingthemwillsoonbeslittingtheirthroatandchewingontheirgrilledassinaveryshortamountoftimesmilingwithnocareintheworldthattheywereneveranythingbutfodder.
View all posts by Danimal →