Remember this? Utter and complete domination. Miracle Boy, the Godhead himself, Cancer Jesus destroyed the field. 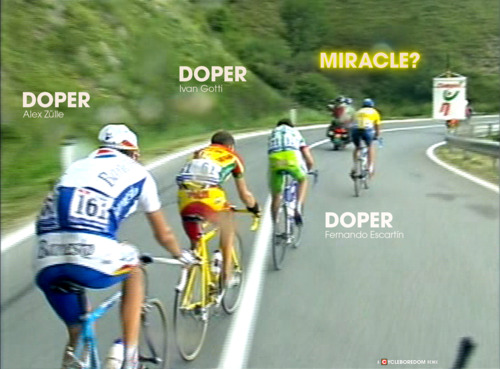 Video of the moment the elastic snapped below. 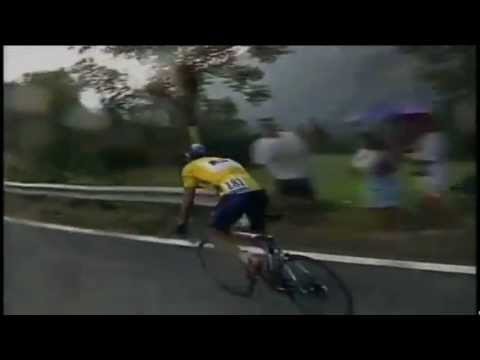 Los Angeles – Oprah Winfrey will speak exclusively with Lance Armstrong in his first no-holds-barred interview. Armstrong will address the alleged doping scandal, years of accusations of cheating, and charges of lying about the use of performance-enhancing drugs throughout his storied cycling career.

The special 90-minute Thursday night episode of “Oprah’s Next Chapter” will air Thursday, January 17 (9:00 – 10:30 p.m. ET/PT) on OWN: Oprah Winfrey Network. In addition-the interview will be simultaneously streamed LIVE worldwide on Oprah.com.

In the interview, Winfrey speaks with Armstrong at his home in Austin, Texas in the only interview since the seven-time Tour de France winner was stripped of his titles and dropped from millions of dollars in endorsement deals after the U.S. Anti-Doping Agency released an extensive report accusing the renown cyclist of doping throughout his career. Armstrong was given a lifetime ban on competing professionally. Late last year, Armstrong resigned as chairman of the foundation he created, Livestrong, which has raised hundreds of millions of dollars in the fight against cancer.

About OWN: OPRAH WINFREY NETWORK
A joint venture between Harpo, Inc. and Discovery Communications, OWN: Oprah Winfrey Network is a multi-platform media company designed to entertain, inform and inspire people to live their best lives. OWN debuted on January 1, 2011, in approximately 80 million homes on what was the Discovery Health Channel. The venture also includes the award-winning digital platform, Oprah.com. For more information, please visit www.oprah.com/own and www.press.discovery.com/us/own.