Scandinavian Jesus made these stickers a while back that said “Shut up and party”.  The pale messiah and I have been friends for a long time and I like to think that he understands my quirkiness better than most. I also like that he made these stickers and handed them out by the hundreds. Because that’s my overall view on how life should be lived. In a day and age when everyone is trying to tell you how to live your life, say what they want you to say and generally trying to make you a boring suburbanite. It’s nice to be reminded that you can just throw up a middle finger and go party at any time you want. What is party? Whatever the fuck you want it to be.

Recently, a bunch of strangers were trying to tell us how to run this site and how we should alter our “message” to get a bigger audience and to not be so offensive. Blah blah blah. Because that’s just what everyone wants, unsolicited advice from strangers on how to live. This is a hobby, like playing a solitaire free app, we don’t worry about our messaging. All you motherfuckers need to shut up, and I need to party.

It was late in the day. I was probably going to end up pedaling a little in the dark.That doesn’t bother me much. I grabbed my least technologically advanced bike and headed for one of the more technical trails on the mountain. A beauty of a rigid singlespeed. Because I like to party. I was by myself and didn’t bring anything except the contents in my pockets and the beer in my bottle cage. I was wearing street clothes. Not some bullshit power ranger, neon pajama party outfit that the machine tells you to wear. But you are going to get wet and “Cotton Kills!”. Well then take me now. I didn’t even wear a helmet. Oh man, some soccer mom, goody-goody is going to chime into the comments and give me a stern talking to. Don’t care. I don’t endorse not wearing a helmet, it’s just what I chose to do on that day.

It was muddy and foggy and a little cold. I walked a lot. I got passed by a dude in a leotard and he said something about how I looked lost. Fuck you. I’m right where I should be. I dropped into the downhill, I didn’t set any land speed records and I even walked one technical section because my rigid fork game is off. It was awesome. At the bottom there is a choice to blaze down some high speed gravel or take a right and ride boggy fisherman’s trail along the creek. I took a right. I found a good spot to open that beer and enjoyed the fuck out of it.

This little inbred world of bicycling seems to be setting a lot of rules for itself lately. Lot’s of folks running around trying to tell people how they should act and how they should pedal. I got into this scene because cycling was my escape from all that chatter. At thirteen years old, when the school bullies were picking on me about being weird, I never once thought about grabbing my dad’s shotgun and opening fire at school. I may have thrown a couple punches here and there, but when it was all said and done, the bicycle was my therapy. My escape to the woods with my fishing pole and a field guide. Ride into the forest to chase fish, stalk and identify birds until it got dark, then pedal home. Not much has changed some twenty five years later. The assholes are still pushing us around and the escapes to the trail still make it all disappear.

I could keep rambling on, but I’m just gonna shut up and party. 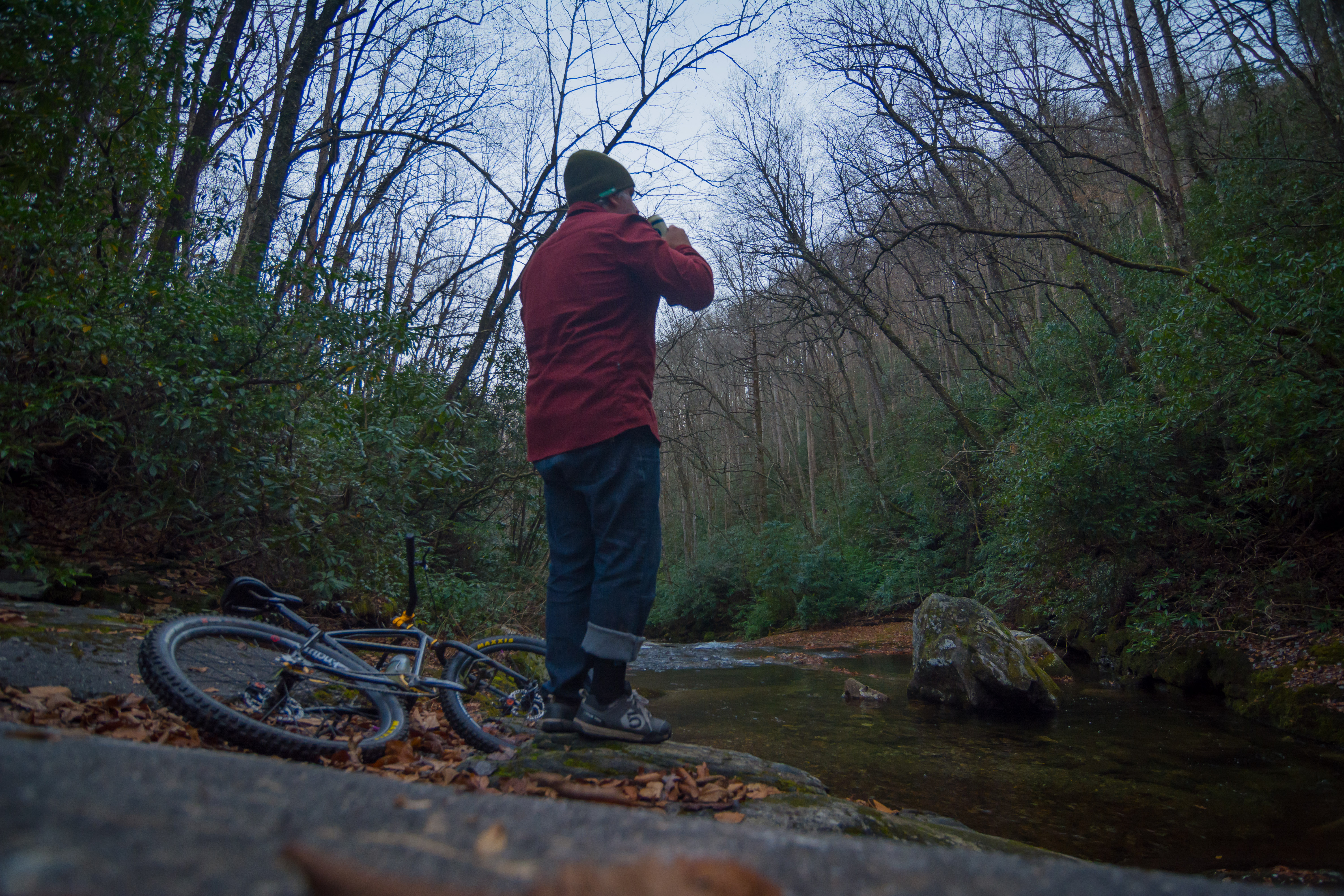 11 thoughts on “Tuesdays with Dirty: Shut up and party.”