Last weekend, as I was preparing to leave the house, this commercial came on: 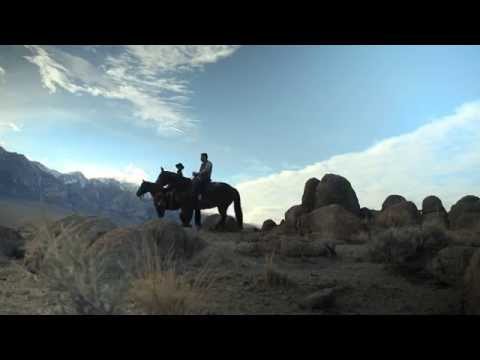 “Away.” Whisper it to yourself, aloud, right now. Feels good, doesn’t it? Just mouthing the word evokes a whimsical, imaginary distance — the lack of fricative, plosive or otherwise hard consonant releases your mind from the responsibilities of routine. Windows down, wind in your hair. The RV reels in the road, taking you to a place far, far away from the anxieties of real life. Away. Away.

Wait, what? You thought this whole time, roving around in an RV, you were camping?

RVs are to camping as Donald Trump is to the U.S. presidency: What once was an adventurous and noble pursuit has devolved into a loud, dirty and destructive endeavor — a twisted farce of something that’s clinging to respectability.

Whether I’m bike touring, doing an overnighter, or even car camping, leaving the comforts of home is where I draw the line on what’s camping, and what’s not. Some people just can’t leave home at home. Watching the poor fools schlep around in massive, whale-sized RVs, neck craned out the window while backing up into a site, induces a particular pity on the souls inside. From DVD players, electric blankets, and black water tanks affixed to the chassis, getting “away” is as much about the physical sojourn as it is the mental escape, right? But I don’t believe for one second that staring through a windshield, turning on a generator and sleeping six feet from where your stepbrother takes a shit after 17 Miller Lites are conducive to “Finding Your Away.”

Maybe if you’re lucky enough to be in one of those RVs that’s towing the family car, onto which there are strapped a Huffy, Roadmaster and NEXT cruiser, you might find a way to escape into some semblance of raw wilderness, where getting your hands and feet dirty isn’t so much a contrived, deliberate act to be filmed for an insidious RV commercial. If not, everything will be fine. Go back to your phone.

I have cultivated a deep well of genuine hate for RVs after an egregious affront by one in 2009. My pops and I were driving out west to bike tour the Pacific Coast. Surly and Fuji just along for what was a National Parks road trip until we got to Oregon. We were camped out one night at Sequoia National Park in California. Despite it being a weeknight in June, we had the whole campsite, built respectfully among the Sequoia redwoods. Like camping on a Star Wars set.

After watching the sunset give way to a sapphire blue sky, we made a fire and cracked open beers. A site that Edward Abbey even would’ve found unobjectionable.

But then, the ground started shaking. Headlights whipped across the campsite, like a floodlight shining on criminals in an alley. My pops and I watched as a Mandalay tour-bus-sized monstrosity plied its way through the campground, perilously winding past in search of a site:

It eventually maneuvered itself into the site directly across from us, like a boisterous obese guy wedging himself into the airline seat next to you.

It shut off, followed by the metallic crackling of a hot vehicle at rest. More mechanical noise initiated, although this time hydraulic actuators began pushing out awnings, levelers, additions of floor space — the sounds of things being released and pushed apart. About 15 minutes passed before the first signs of life appeared: a short, khaki-and-plaid man, the emblem of all things L.L. Bean catalog, who stepped out, akimbo, and looked around approvingly at his work. Moments after dipping his toe into nature, the man’s wife emerged with her arms around two daughters, as though shielding them from the aftermath of a tornado. They poked around, admired the cartoonishly large Sequoia pinecones, then disappeared inside.

The man eventually made a small, uncooperative fire while eating something from a can. My pops and I put away a few beers, watching this poor guy grasp onto the brief bit of outdoors he could. When his fire went out, the man went inside the camper and drew all the shades.

“Bastard should’ve just stayed at a Wal-Mart,” my dad muttered into his beer can.

Then, the RV’s generator kicked on.

This week, NPR has been running a special series celebrating the centennial of our country’s National Parks. The lead image NPR used for the March 8 story? RVs at Joshua Tree NP:

“Flooding and the combined traffic of thousands of cars, trucks and RVs have torn up the roads at Joshua Tree National Park’s Black Rock Canyon Campground. The majority of the park’s $60 million maintenance backlog is for roads like this.”

Now, I’m not an unreasonable guy. No reason to be disingenuous here — I know that RVs aren’t the be-all, end-all of our national parks. Cars are part of the problem, too, that is, if we’re discussing pavement conditions. Unfortunately, RVs are, at best, a potential cash cow for a park service strapped for funding to upgrade services for record numbers of visitors; at worst, a vessel for inconsiderate oafs to arrive after dark, headlights flooding your tent, repeatedly slamming doors, shouting set-up instructions to the unenthusiastic wife outside. And just in case you were having trouble hearing the crickets and the breeze blow through the pines, the generator kicks on so the kids can watch Dancing With The Stars.

One of the more fascinating phenomena adding to the mystique of RVs is Wal-Mart’s policy of allowing RVs to stay in their parking lots overnight, free, if need be.

Fucking brilliant! What better way to encourage driving around in a sheet metal box with all the comforts of home? Forget something? Take a stroll across the parking lot, where you can pinch a loaf, order a few Subway footlongs, and get your allergy prescription refilled. #Capitalismism

I won’t remark on the joy of dealing with a septic tank, since I’ve never actually dealt with one. Nor the fuel costs or staggering depreciation associated with such a vehicle. God willing, I never will. It doesn’t help, as memory serves me, that the largest RV dealer in Ohio, where I grew up, was called Tom Raper RV. Mr. Raper sold (and presumably still does) Class A, B, C RVs, so many of them that you’d think we were talking about commercial real estate space. No, Mr. Raper! I don’t want an RV!

The exceptions to this RV takedown are old-school Airstream trailers, Sprinters that bike industry reps travel in (because they’re full of rad bikes), small campers and RVs that people live in out of necessity. But if you think RVing is camping, you are wrong. At the very least — and this is the only bone I’ll throw, here — the folks at GoRVing.com, who produced the video up top, call it RVing. Getting away? Sigh. Just don’t call it camping.

And if you do, don’t “camp” anywhere near me. Unless it’s in one of these:

16 thoughts on “Here’s why your RV sucks”