Early Sunday morning, I was sitting on a couch in a flea market/workshop/ping pong emporium where Stinner Frameworks had thrown a hootenanny to which Dirty and I were invited by some Lebowski-style nihilists on our hotel floor. Dirty was wearing a fur coat. Wilco was playing from a boombox. I looked at my phone. It read 1:59 a.m.

Took a long, unnecessarily heavy pull from my cup of beer. Phone clock jumped to 3 a.m., like a jaywalker shooting a traffic gap. Fuck. I reached for the whiskey in my camera bag. Eventually hopped on my Kona and slow rolled back to the hotel, through the empty lobby, silent save for the drone of escalators, into the elevator and back to the room. I found a High Life, blasted some Run the Jewels. Then I woke up on Dirty’s airline bike bag, wounded soldier inches away.

Below is more of what we enjoyed at the North American Handmade Bike Show, a spectacle that commands healthy marveling at the manifestations of frame builder imaginations. Metal, wood, carbon, leather. It was all there. Most of our cycling industry media brethren have covered what matters from NAHBS, have interviewed the fabrication aces, and expounded on the latest, greatest, and perhaps that which we’ll never see again.

But first, an exposé of a gluteul sort. Our asses are an ancillary but no less important anatomical factor when we hop on a bike. Without your ass, you don’t bike (unless it’s one of these weird no-seat bikes).

We present to you: The Asses of NAHBS. 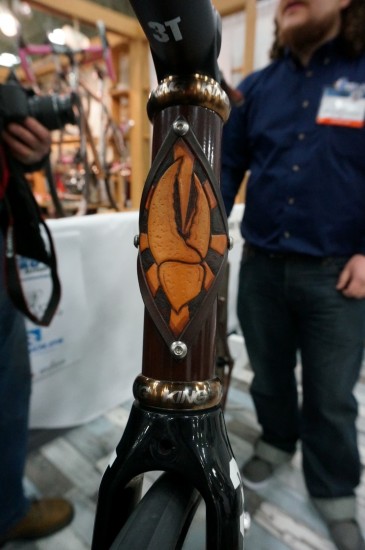 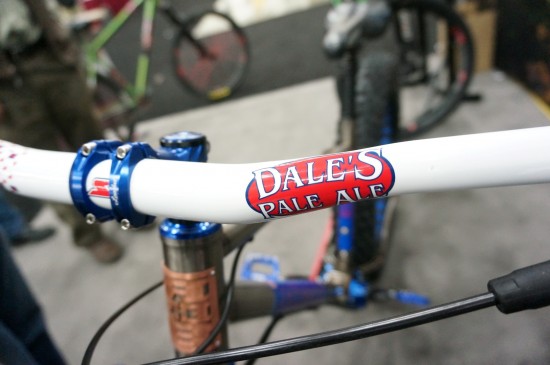 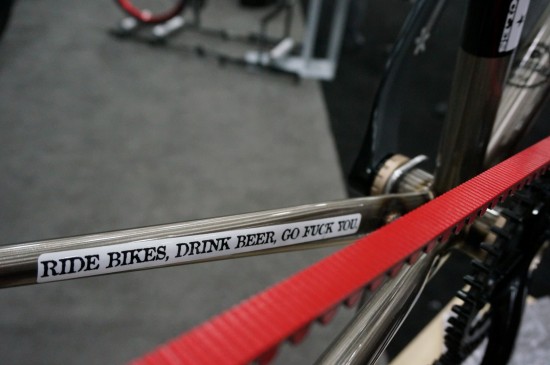 If you live in a state that borders Indiana, you know that driving through it to get to another state is kinda like being at a concert where you’re stuck standing behind some really tall dude. And there’s nothing you can do about it. Alright, maybe I’ll go get a beer and come back? Maybe he’ll shift a few feet over and I’ll be able to see the stage?

Shit. He’s still there. That was my drive back.

Thanks for the bourbon and bikes, Louisville. You throw a hell of a party.