I have been obsessed with the Arizona Trail since I first heard of its existence more than a decade ago. A patchwork of singletrack and dirt roads cutting straight through the center of the state from Utah to Mexico. Offering up a cross-section of everything (almost) Arizona has to offer. From the high desert to forested mountain tops to the Grand Canyon to Saguaro National Park. It is really a special route.

It would seem that whenever a large route is laid out, that we as cyclist must test ourselves by racing it. On every full moon in April, a group of hearty souls gather a stones throw away from the Mexican border to try their hand at the Arizona Trail Race. There is no entry fee, no support crews, no bullshit. Just you, your bike and everything you need for 300 or 750 miles of riding. Over the years I have read various articles and blog posts from the likes of Scott, Aaron and Kurt and their experiences racing the AZT300. Impressed with their stories and efforts, I told myself a few years ago that someday I would give it a shot. I am in no way an athlete like those boys, but I thought it would be fun to see just how fast I could do it.

As so often happens in life, setbacks occur and excuses are made. So this year I decided to enlist a partner in crime. Somebody to hold me accountable and to call bullshit on me when I try to bail. My old pal Dan was the perfect accomplice for such a bad idea. He is in the process of getting ready for the Tour Divide so that meant he already knew how to use one of those GPS thingies to keep us on route. When I shot him an email with the idea, he simply responded with “Tell me what dates and I’ll be there”.

The grand depart was scheduled for April 11th, but due to work and life conflicts, we decided to leave a couple days later. This actually worked well for us since the weather ended up being cooler and we had all kinds of fresh tracks to follow. So I ditched work a little early on a Saturday and we got a ride, 3 hours south, to the start. It seems that no adventure with Dan is complete without ending up in some random small town bar, and that’s just what we found in the little town of Sonoita. Complete with pin-up girls on the tables and a resident bar cat dressed like a cowboy. We may have had a few too many pints before a 300 mile bike ride. But it sure was fun. 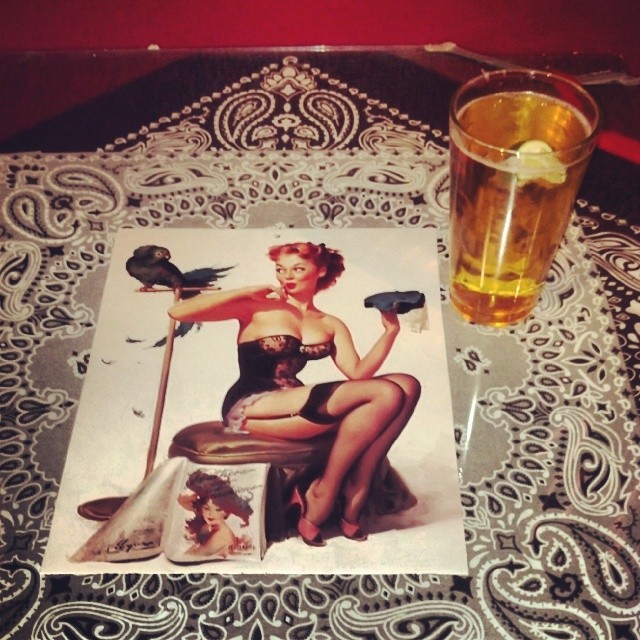 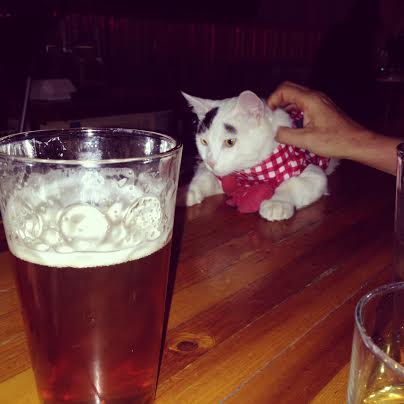 We were dropped off at the Parker Canyon Lake trailhead around 11pm and we settled in for our first bivy of the trip as our ride clanked away down the dirt road. That’s it, no turning back now. We awoke with the sun and we were ready to go an hour before our “official” start time of 8:00am. Flying the Ride for Reading colors, we gave each other a ceremonious handshake, turned on the Spot tracker and we were off. No starter’s pistol, no fanfare and nothing but 300 miles in front of us. Game on.

Dan had never ridden any of the AZ trail before and had no idea what was in store for him. But I knew, and I knew the first 30 miles were going to hand out a significant beat down. The Canello hills are a cruel mistress. Hike a bike, then amazing descent, then hike again, then sketchy descent…repeat. All while being treated to the most amazing views you could ever ask for while on a mountain bike. These hills have broke me in the past, but by half way I was still feeling pretty great and spirits were high.

7 hours from our start, we were dumped out onto the paved road that leads to the town of Patagonia. All I really remember is telling Dan that we should get cheeseburgers at the saloon and that I’m just gonna not talk for a little while. I was in rough shape, and the bonk hit me like a ton of bricks about 3 miles back. I coasted into town slumped over the handlebars while trying to hide from the wind on Dan’s wheel. The Wagon Wheel Saloon was a sight for sore eyes and I don’t think I have ever been happier to sit down at a bar and order a Coke. Only problem was that 2 sips later, I found myself outside puking on my new shoes…and not a shot of tequila in sight. 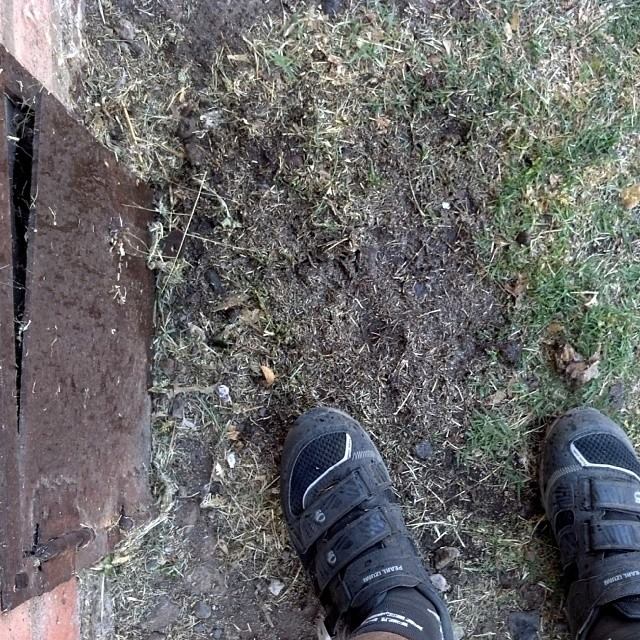 I then found myself shivering uncontrollably and digging through my kit for every piece of clothing I had. Including my down jacket and a beanie. It was 85 degrees out. In hindsight I probably should have thrown in the towel right there. I sat there on that bar patio trying to get some hydration and food in me and probably quit ten times in my head. But I didn’t want to let my buddy down. So 3 hours later, with a sore jaw from my teeth chattering and a little life left in the legs, we tapped out another 15 miles before we decided to bivy behind a rest stop bathroom. Hey, it was windy and this was the best we could do.

Day 2 we woke up feeling a whole lot better than we expected and continued on with our ride. The section of the Arizona Trail from Sonoita to Tucson is really something. The riding is just plain fun but with enough brutal to keep it interesting. It must have been a really good time, because I didn’t take a single picture. Next thing ya know, we had ticked off 80 miles and the soon to be “blood moon” was rising. On went our lights, and we kept pedaling north.

For me, crossing the I-10 highway was a big milestone and a huge mental boost. I knew that once we were there, it was much more familiar territory and a whole lot of fun trail ahead of us. A few miles later, we were greeted with some amazing trail magic. Tucson trail angels are top notch. (Thanks! We owe ya one.) We pushed on and hoped to make it to the base of Mt Lemmon before we would take a break and get a few hours of sleep. Everything was going according to plan until the bonk struck Dan like it did to me the day before. We went from talking about random life events to all of the sudden my buddy speaking gibberish and telling me “I want pickles on my Thermarest”. We decided that we probably shouldn’t go any further that day, rest up and see what tomorrow brings.

The start of day three was a slow one. We rode for a couple hours until we hit the pavement on the south side of Tucson. Riding past a general store, we stopped in and got ourselves some tall boys. We quietly sipped our beers in failure as Dan sent the painful email to trackleaders.com that we were quitting the race. A man’s got to know his limitations.

I don’t know why I was attracted to this race. I have never been a big fan of GPS computer guided “adventure”. I’m not a fan of adding rules to the backcountry experience or mixing bikepacking with racing. I don’t even really like the term bikepacking, but it is the parlance of our times and a lot easier to say than “off-road touring”. Calling this a race changed the experience for me. I like to wander, to explore, to go off route and maybe even get lost. All of that combined with the pressure of knowing people were watching my blue dot track across a computer screen stole a little of the experience from me. But with all that being said, I sure am obsessed with that 300 miles of trail and I’m probably gonna try again in November.

9 thoughts on “Tuesdays with Dirty: Thirst and failure on the Arizona Trail”