“Only the good die young” – It’s an expression we often use when humans expire prematurely. It helps us feel better about a loss and it has become so cliche that even Billy Joel wrote a song about it. That is all well and good, but have you ever noticed that we only use that expression for people? Nobody ever uses that to describe inanimate stuff, let alone bike parts. I like my stuff to be reliable and the newest (youngest) things might not be what works best. Like how I only use hubs that have the names Chris, Paul or Phil on them. Or how I never use plastic handlebars. They might not be the lightest and most hip, but I really appreciate things that just plain work. That’s why I say: “Only the good die old” when referring to my bike parts.

Recently, I have suffered a horrible loss. Two of my favorite and most loyal pieces of gear have finally died.

I remember the day she came into my life 14 years ago. She set me back $100 and a sandwich for a shop co-worker. All 27.2mm around and 13 inches of glory. I hesitated before making her mine. How good could a seatpost be? Little did I know that she would outlast 7 frames in her lifetime. But now, with Aluminum bits worn smooth, clamp tired and over used, she slips without effort. Sure, I could probably shim it with a beer can and get another 6 months or maybe even a year out of it. But that would be an insult to more than a decade of loyal use. RIP Moots seatpost, you will be missed. 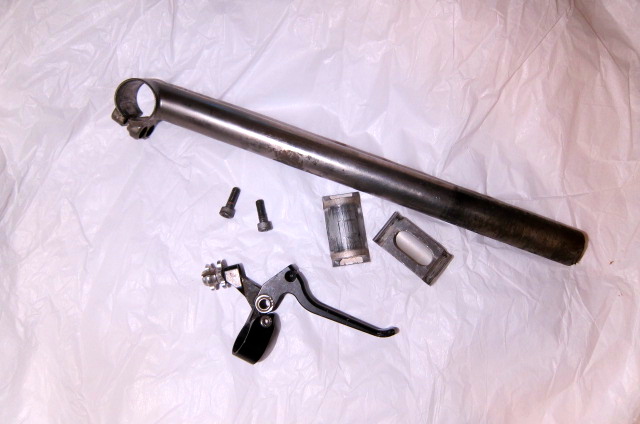 The second loss resulted in a pair divided. Twins, perfect reflections of each other, who were always there when I needed them. When everybody and their brother had to have  disc brakes instead of v-brakes, I scooped them up and gave them a home. When that customer came into the shop to buy those shitty Purple Hayes brakes and left them on my bench, I knew it was meant to be. For the past 10 years I have run mechanical disc brakes on my singlespeeds just so I could use these Paul Love Levers. Our relationship was over in an instant when I got caught daydreaming in a tight corner. Thoughts of naked women combined with a nice buzz left me on the ground bleeding and my lever broken beyond repair. 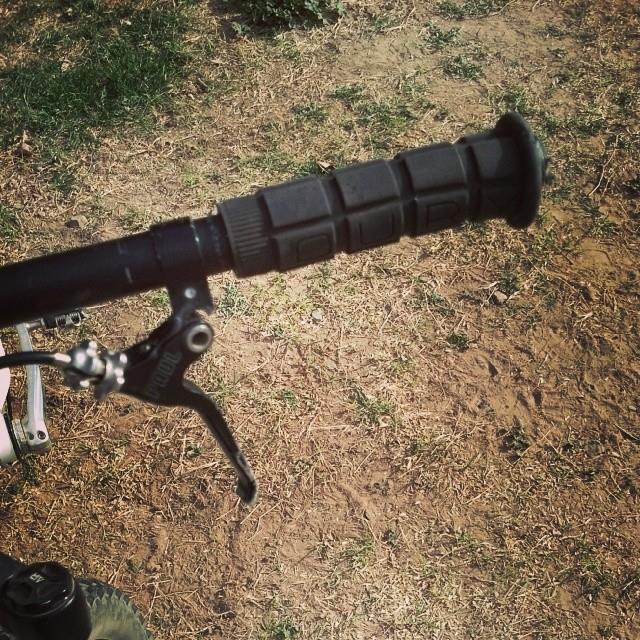 I don’t know what I should do with these scraps of metal. They have been so loyal to me and seen me through so many adventures. From cowering in caves to avoid a thunderstorm, to my first (and last) 24 hour solo effort, to tours across dozens of states and everything else in between. I feel some sort of viking funeral is in order, a funeral pyre to send them off to Valhalla. But, in all reality, I will probably just hold on to them until I find some way to re-purpose them.

Cheers to great parts that last! Because only the good die old.

20 thoughts on “Tuesdays with Dirty: Only the good die old”