As humans, we tend to celebrate a lot of different anniversaries. Whether it be a birthday, a wedding, a passing, or some other major life event. I’m not big on birthdays (although I did celebrate this year) and I have never been married. But today is the most important anniversary in my life.

On February 25th, 2001, I stepped off a plane in Arizona with a dirt jump MTB in a box, a backpack full of clothes, and $700 in my pocket. Little did I know then, just how much my new home would change my life. I bought the plane ticket on impulse after a particularly bad week and luckily it worked out for the best. It’s amusing to me that I can’t remember what beers I had at the bar last night. But I can remember the tipping point that led to my move like it was an hour ago.

It was a particularly shitty Friday evening in The Bronx, New York. The nature of my employment had me working outside all day in the sleet and freezing rain and I wanted nothing more than to end this day, have a beer, and be warm. It was payday, so on my ride home from Manhattan, I stopped at my local bodega and pizza joint to grab a slice and a beer. Happy Friday to me. A six pack of Corona, a 40oz of Blue Bull, and 2 slices of Sicilian. My bag was too full to fit the 40 but no problem, home was only a block away. This ain’t my first rodeo.

By now it was snowing quite a bit and I clearly remember those brown and gray ruts of snow on the street, they looked like shit mixed with mashed potatoes. I hopped on my trusty old Trek 970 with the 40oz under my left arm, pizza in my left hand, and holding the bars with my right hand. I rode past the D train and thought out loud “Man, I should have rode the train today”. Down a little hill and to the left, I can see home from here. Damnit, I left the bathroom light on all day…

Then I woke up on the ground. Laying in the street in a pool of broken glass, shitty beer, slush, and a little bit of blood. I hit a patch of ice and went down so hard that I knocked myself stupid. Bleeding from a lump above my left eyebrow, I picked myself up and limped the remaining 200 feet to my house. Still wet and probably in a little shock, I sat there on my second-hand futon and realized just how unhappy I was. I picked up the phone, dialed 411 to get the number for Southwest Airlines, and I purchased a one-way ticket to Phoenix. I will be warm, I will ride my bike every day, and I will live on my sister’s couch until she kicks me out.

Buying that ticket and taking that ride has led me to where I am now. The bicycle has completely taken over my life and I have grown into an adult with this desert as my mentor. Within two days of being here, I was welcomed into a family of incredibly amazing riders. People who just rode hard but never really thought about racing too much. They taught this young punk from New York that there was a little bit more to Mountain Biking than just going downhill. That beers taste better with a view that you earned. That sometimes you don’t really need more than one gear (Thanks Scott E.) and that it’s OK to walk your bike and just take it all in.

A friend of mine gave me a blank book as a going away present. I used this book as a journal of sorts to record everything from phone numbers to pictures of amazing things I saw in my first year in the desert. A few pages in, I taped a picture of my old house and wrote under it “Don’t forget where you were!” It was a combination of not wanting to forget my roots but also never wanting to be that unhappy ever again. 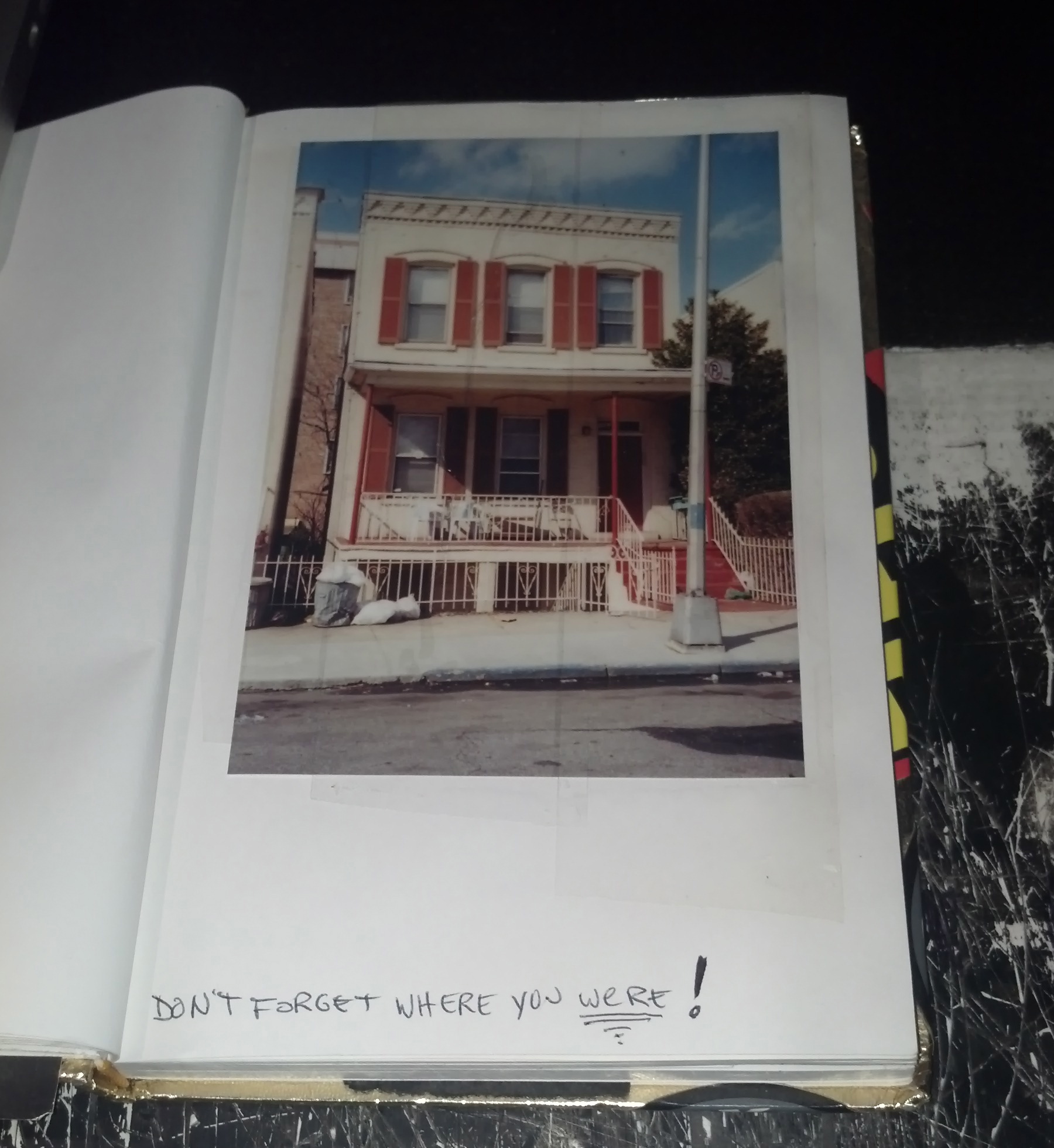 In some ways, I will always be a New Yorker. I use the word “fuck” too much in casual conversation and I am a terribly annoying pizza snob. But Arizona is now my home and it has made its mark. I even tried to leave once, but my compass was stuck on South West and it led me right back here. I’m going to celebrate today the only way I know how, by riding my bike. I might even go find myself some cake, because today is the anniversary of my re-birthday.

I raise my pint to the friends who have helped shape my life to this point and to all of you DC readers who give me the stoke to keep doing more. THANK YOU!

18 thoughts on “Tuesdays with Dirty: Anniversaries and Re-birthdays”