A fringe benefit of D2’s fat bike rant was not just Borealis offering to change his mind about fatbikes.  Additionally, 9Zero7 was willing to offer up a test bike to change his mind.  Because he can’t test two bikes at once, it fell to me to help with reviewing the bikes, and the 9Zero7 is the first on my plate.  The 9Zero7 is a no frills, business up front, and party everywhere else bike.  There is little if any “flash”, but you can take comfort knowing that the folks behind this bike have their shit together about riding through snow (being based out of Alaska will do that). 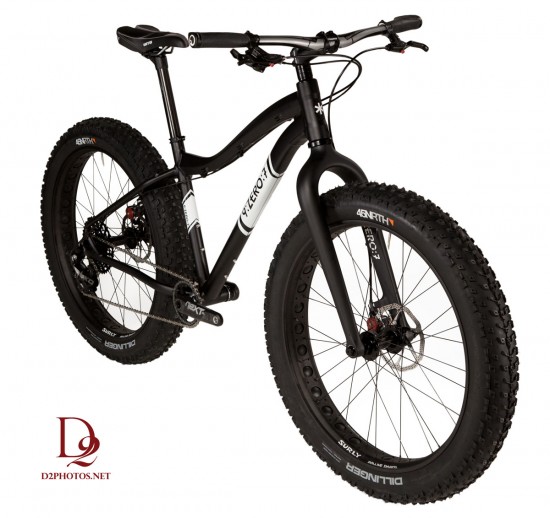 Here’s some of the quick specs: aluminum frame, carbon fork, Surly Rolling Darryll 82 mm rims with 4 inch 45North Dillinger tires.  You keep the bike moving with the Sram XO 1×11 drivetrain, and Avid mechanical discs take care of braking duties.  Truvativ bar, stem, and seat post fill out the rest of the bike.  The geometry of the bike is more relaxed than I am used to, but comfortable. 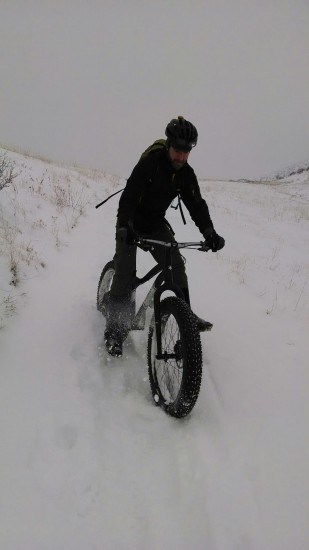 I’ll be honest about this, I am taking part in the testing of the 9Zero7 (and Borealis) out of convenience.  With almost no effort exerted I get to mess around on some bikes that plenty of people would gladly pay for, and I count as a win.  My opinions of fatbikes are flexible, but I’ve always thought that fatbikes are “luxury bikes”, for the majority of the population.  Meaning for the vast majority of cyclists, a fatbike would not be your “if I can only ride one bike for the rest of time” bike.  Instead, it’s a bike that is great to have around, especially if the circumstances are right.  I’m not going to get too much into the debate of whether or not the price is justified for the 9Zero7, because 1.) I haven’t spent enough time on the bike, and 2.) it seems like every bike is overpriced these days. 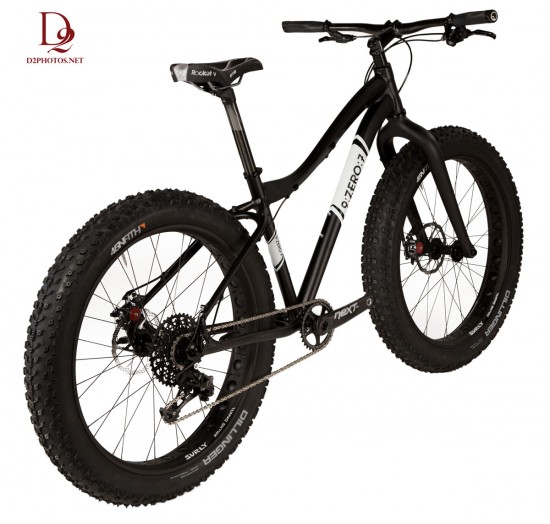 So that is the skinny on the fatbike testing that is will be going on here at DC for the next few months.  The good news is that Denver has been getting some proper snow and cold to make the testing process a whole bunch of fun.  Most likely the bad news will be having to give the bikes back at the end.