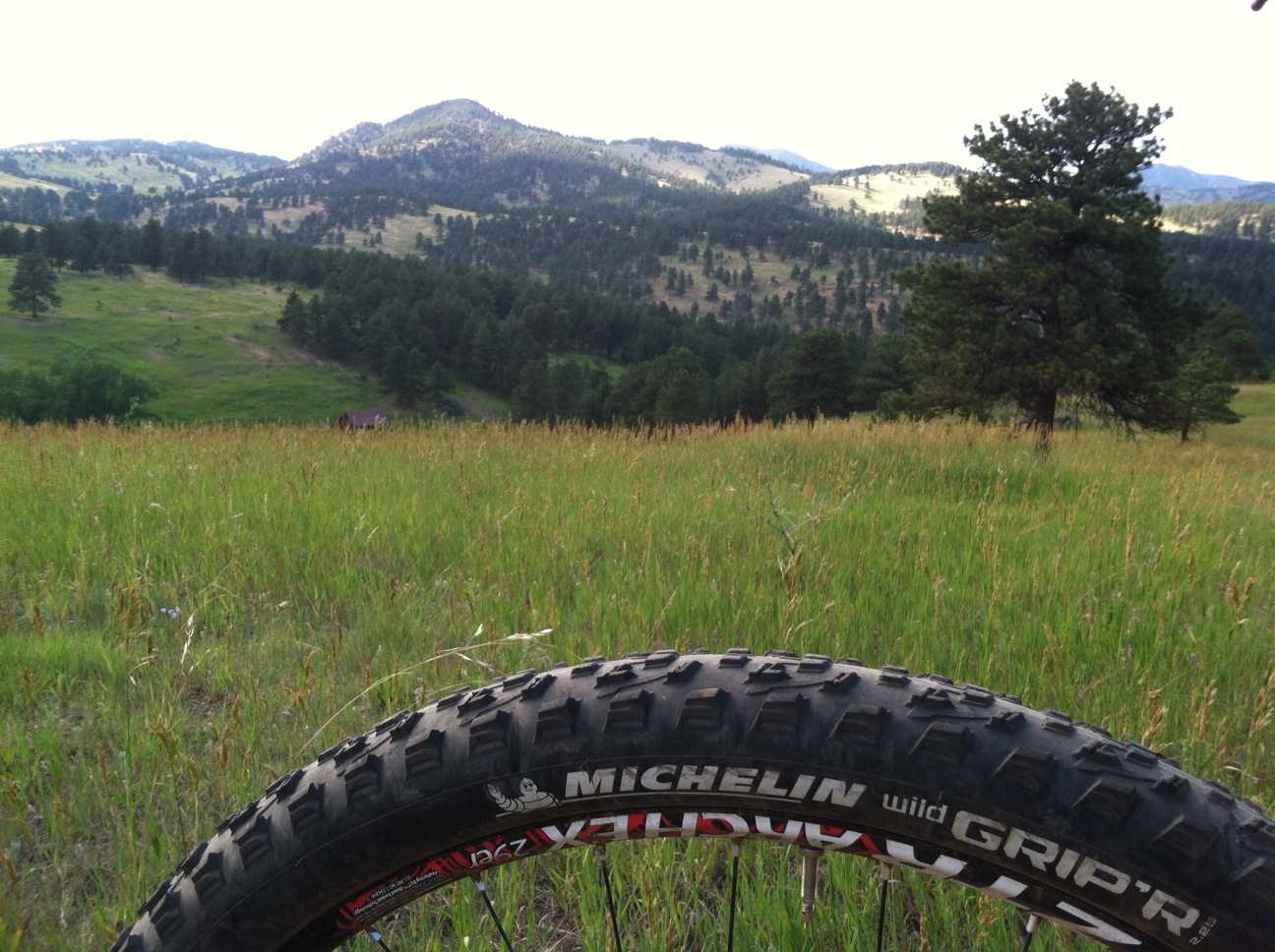 When you consider the lives of others, my life has so far been fairly uneventful.

This thought struck me on my last ride up Apex just outside Denver. It’s a sustained climb, not terribly technical, but the temps were creeping into the high 90s and I was sweating like the Italian bastard that I am.  Anyone who has ever ridden with me knows I’m fairly defeatist when I’m uncomfortable, so this thought process seemed appropriate. My legs have felt sluggish for the last couple of weeks, not capable of the push they used to be able to put out. I’m getting old and I drink too much. Mystery solved. At a tight switchback I’ve ridden a hundred times, I put a foot down and a cloud of dust puffed up from beneath my carbon soles.

After the ride, I went home and opened up an envelope I’ve had tucked away in a leather journal for about three years. It resides in the same front cover as a letter from my former stepfather who never said goodbye  (but was kind enough to write a letter telling me how great he was to me) and some scribbles from a raw heartbreak during my college years in Maine. The envelope contained five photos, all from 1944. They are photos of my grandfather in England, where he was stationed during World War II.

I’ve never been stationed anywhere. The closest I’ve come to real suffering took place in a 24 hour race, and I had the luxury of giving up if it got too hard, too uncomfortable.

Grinding up the climb out of the parking lot at Apex, I pushed a gear too hard for my legs. I’m running a 1×10 (a bastardization of SRAM’s 1×11) and it hurts on steep stuff. When I hit something technical, I get off and walk. Growing up, my grandfather was my hero. He never struck me as anything but a good guy, and it’s only now that I’m what some would consider a grown man that I think about who he actually was. We never know as kids who are grandparents used to be. I know this: he was the man that went to war. I’ve never warred with anything but race courses and the occasional bottle of whiskey.

This is the kind of person I am.

It’s not with any pride that I confess this, but with a hope that some of you out there might realize the same in yourself. I grind up climbs like that, and maybe it was the whiskey, but when I got home and looked at five black and white photos from 1944 that had love notes addressed to my grandmother scrawled across the back, I’m compelled to sell everything I own. To run into a war zone and save a life. To lay down my own. To take a bullet. I’m a coward probably, would most likely hide behind some scree and find a way to make it out of there alive, preserving what undoubtedly doesn’t deserve preserving, like BioPace or Magura hydraulic rim brakes.

But in the back of my mind, I’d like to think I could do it. Could pull off a win. Could mount that last bit of trail before anyone else.

That’s what riding can be about, isn’t it?

Think about all those Youtube bike videos, the ones that are always trying to tell us “WHY WE RIDE.” We all ride because we need something in our lives that pushes us in a way that no other person, thing, or idea can push us. It forces us to look at ourselves, imprinted on rubber colliding with dirt. None of this matters; stop for a second and you’ll realize that.

Perhaps that’s why the best of us never stop for a second.

I love my bike because I’m trying to learn how to love myself. That’s the truth. Drink to that.

8 thoughts on “Captain DepressionFace Drinks Whiskey on a Friday Night”