I stumbled upon this quote a while ago that is supposedly from an unknown Chinese philosopher:

The mark of a successful man is one that has spent an entire day on the bank of a river without feeling guilty about it.

I’m not much for water. I find no romanticism in the rivers of the west, white water rafting, or kayaking. In fact, I would say one of  the more annoying things in my world is getting cornered in a northern Arizona bar by some drunk river guide that needs to express the epic-ness of his last trip. Fucking shoot me. But I did grow up alongside a rather large river in New York and I can appreciate lounging on it’s banks for hours on end. Last week found me on the banks of a river, but not in a way I am used to. This river was dry.

With summer growing smaller in the rear view mirror, we are finally coming into our riding season here on the desert floor. I have spent many a hot summer afternoons pouring over maps and looking for new, remote places to ride my fat bike. Come to find out, river beds are optimal terrain for big tires and there are quite a few of them in Arizona. I have a list as long as my arm of places I want to take the fat bike this winter and I decided to start with the one closest to home first.

I have had my eye on the Aqua Fria river since last spring when I got shut down by high water and enormous boulders further to the north. It occurred to me that the lower section of this river passed right through the prime singletrack of the Black Canyon Trails and the lightbulb went off. I will drop into the little canyon on the awesome singletrack, and then ride the river bed to its terminus at the lake. Then I would simply ride the lake shore until I hit a road and work my way back to the trailhead. It was a good plan…in theory.

The ride started out really fun, early morning sigletrack is never bad. A few miles of rolling bliss eventually found me on the river bottom. I dropped the pressure in the tires of my trusty 616 and set out on my journey. 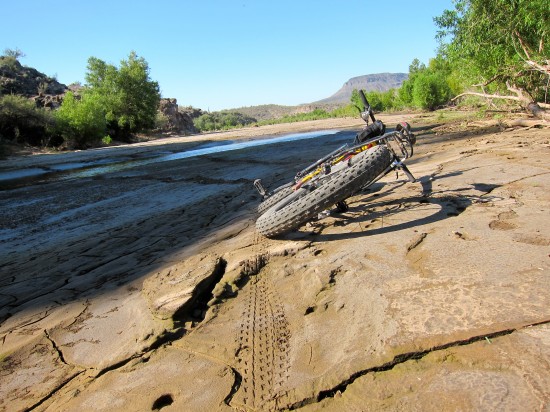 There was a bit of water trickling through the river, which was a pleasant surprise. The morning was cool and there was even a nice little tailwind pushing me along. I rolled along for a couple miles taking it all in when I eventually stumbled across an old miner’s camp that had seen better days. 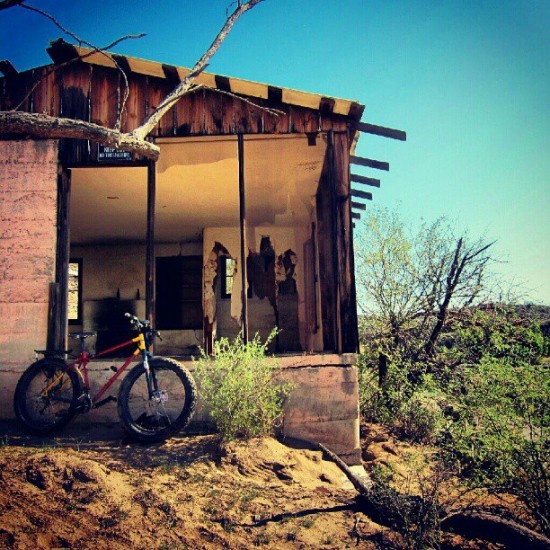 I poked around in this old homestead for quite a while. I stood where the front windows used to be and took in the view. I tried to imagine if the landscape looked any different back when this building was first constructed . Maybe  the river flowed a little more free before the people came and sucked up all the water? Maybe there were some bigger trees here before prospectors came and chopped them down for firewood, and so on.

As I pushed on down the river bed I was met by one obstacle after another and progress slowed dramatically. First was a barbed wire fence. I excavated out enough sand to slip underneath it and then I was met by a half dozen pools of murky brown water that needed to be waded through. Then the valley opened up in front of me. 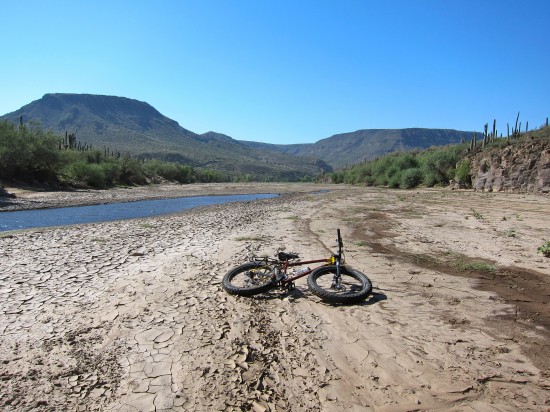 With clear sailing as far as the eye could see, I ticked off the miles. I stopped under the shade of a Mesquite and checked the map, the lake had to be getting close. It was getting pretty hot and all I wanted to do was go for a swim and then pedal back on the road to the cold beers waiting for me at my truck. But the river had other ideas. 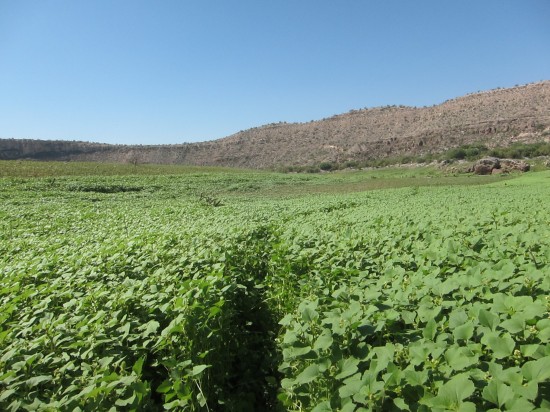 I blazed some trail through handlebar high weeds for what seemed like forever. The vegetation forced me to stop every few hundred yards to clear the salad from my derailleur and cassette. I eventually made it to the lake and it was not what I wanted to see. Steep canyon walls on either side and a large body of water in front of me. It was completely impassable without a boat and the only thing left to do was turn around and ride back the way I came.

I pedaled back to the nearest sandy bank I could find and remembered the quote from that Chinese philosopher. Feeling incredibly successful and not a shred of guilt, I sat right down in that cool sand and took a nap. I’ll get back eventually. I know the way.

14 thoughts on “Tuesdays with Dirty: A day on the river”