Everyone likes to beat up on Strava these days. And, let’s be honest, it’s not hard to do. Hating on Strava is like shooting fish in a barrel.

A big barrel of weak sauce.

Now, all bullshit aside, I use Strava. I have a Gramin Edge 305 and an app on my cell phone. Either will track my time, mileage, and elevation gain. I like to know what I’ve been doing. I don’t need to know where I’m goin’, I just need to know where I been! I used to write such information in notebooks, on calenders, on training schedules. And, now, I no longer have to. It’s preserved out on the web for me. With map overlays. Super easy. I like that.

What I don’t like are the ass clowns who take it way to seriously. Yeah. I’ve heard plenty of stories about some jackass yelling “Strava!” as if it overrides all of well-established trail user etiquette. Uphill, downhill, sideways, just yell “Strava!” and all will dive from your path. Wouldn’t want to crimp your chance at glory, chief.

So, I got this email the other day:

Uh oh! SOME DUDE (not his name) just stole your KOM!

You just lost your KOM on SOMEWHERE (not the real ride) to SOME DUDE (not his name) by 9 minutes 46 seconds.

Now get out there, have fun and be safe.

-Your friends at Strava

I’m like, what the fuck? Nine minutes? I lost the KOM by nine minutes? Jesus Titty Fucking Christ, how did that happen? What am I, the world’s biggest pussy? I’ve never even heard of that ride segment. I don’t even know where it is. I had no idea I had ridden it, let alone set a KOM on it. And I just got tuned up by nine fucking minutes? Was I walking?

You never know what you have till it’s gone, right?

I hit the provided link, and yes, lo and behold I had been bested. Check the stats:

Turns out this “segment” was something I’ve ridden all of once, in a part of Arizona I’ve been to all of once, on a road I don’t remember much of anything about. I think I rode it with Big Bruce. Or, gnome. Or by myself. I don’t know…

I figured out it was the morning after our boy Snake’s wedding. (Not Snake Hawk. Snake. Two different guys. Don’t ask. Big reptile thing in our naming conventions. Or they’re both dicks. Your choice.) I was just putting in miles. I wasn’t paying any attention to anything except just enjoying the fact I was out on my bike. And hungover. Because it was the day after a wedding.

I never knew there was a “segment” on that ride. I’m not sure I know what a segment is, or how they are created. Or, why anyone bothers to create one in the first place. I mean, seriously?

I also never know that I had taken (yes, taken!) the KOM on that segment. No idea at all. As of the first and only time I’ve checked it a few days ago, there was all of two (2) people that had ever ridden the segment. Two. Two people.

Isn’t that the stupidest thing you have ever heard? 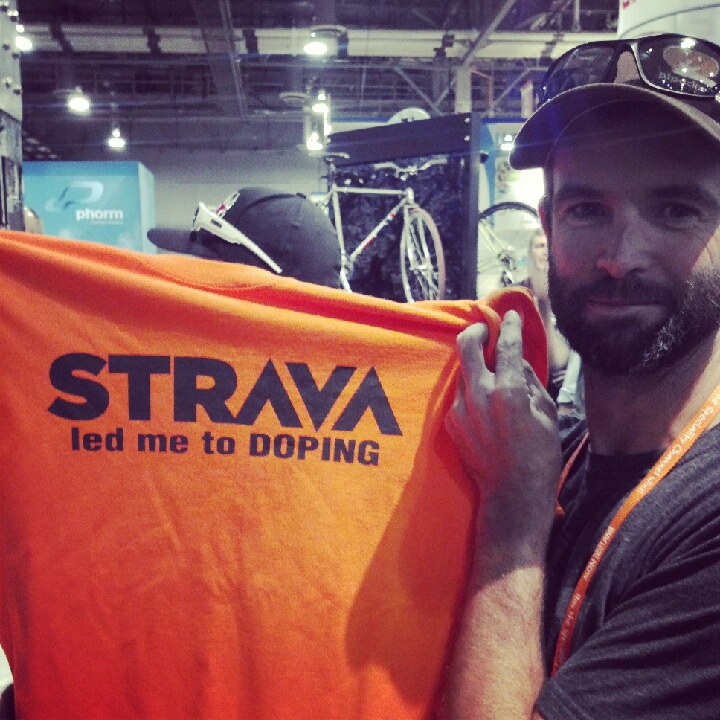