Yesterday I made my triumphant return to bike shop employment. Just one day a week, part time during the peak season. That’s right, while most of the country is preparing for winter and tuning up their skis, here in the desert, we are gearing up for 8 months of riding.  People have started crawling out of their air conditioned caves this past week, and they have mountain biking on their mind. The shops are slammed and the repairs seem endless.

The idea was simple. My buddy needed some extra help, and I needed a reason to stay in town on my days off. Making some extra beer money on the side doesn’t hurt either. The plan was for me to turn a wrench all day and get the crew ahead of the game for the rest of the week. Knock out all the simple stuff. Change a flat on a Huffy here, tune up a Stumpjumper there, and just keep moving along from open until close.

Now, I have worked in shops either full or part time for about ten years total. But it has been almost 4 years since I have wrenched for a paycheck. There is a certain edge you have when you turn a wrench for a living. There is an instinct and a level of efficiency that make people want to bring their bike to your shop instead doing the work themselves. I soon realized that all of the small things that used to be as involuntarily as breathing now gave me pause. Any edge I may have had in the past is now gone and it took most of a day to start feeling normal again.

Many things have changed since the last time I was behind that bike stand. For starters, the work benches are now all equipped with torque wrenches. There is so much carbon plastic floating around out there that even the best mechanic’s calibrated wrist isn’t good enough. It’s annoying to say the least. Then, for some reason there is a bag of chalk in the corner which is supposedly used for putting titanium seatposts into carbon frames.  The third observation is that everything seems to be tubeless now. While that makes for a nice low pressure and flat free ride, it also makes for about twice the work and triple the mess for something as simple as fixing a broken spoke.

Not everything was negative though. I did stumble upon what might be the greatest tool in the history of modern times. The Park MLP-1 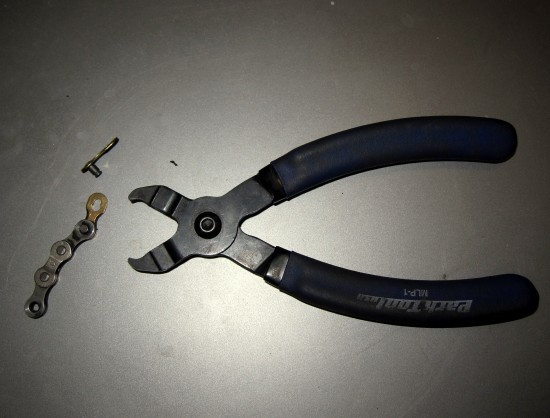 This little gem removes SRAM quicklinks so fast and easy that it almost brought a tear to my eye. In the past I have wrestled with those sons-of-bitches forever, trying to wiggle them apart with my greasy sausage fingers. Normally I would get so fed up that I just grab a chain tool and pop it out the old fashioned way. With this little guy, it takes all of about 1 second. Thanks Park, you guys are a class act.

It was good to be back in the trenches again and I am actually looking forward to the next time. It won’t be next week due to an annual trip to Moab and Fruita, but I’ll let you know how it turns out. Until then, go check out what Angry Buddhist is serving up at  yourbikehatesyou. This site will be extra entertaining if you have ever worked in a shop. If not, then use it as a lesson in what not to do. Make note that somebody has to touch that bike to make it work, so maybe clean it before you bring it in. Always bring a six pack if you need something done in a hurry. And of course remember to always…keep it dirty