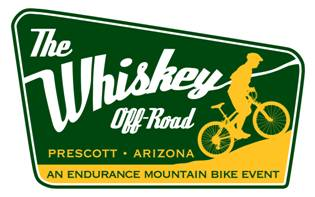 (Las Vegas, Nev.) Sept. 13, 2011 – Imagine one of the largest one-day cash purses in mountain biking history. Sinuous flowing single track trails though the Prescott National Forest. Live music. Southwestern hospitality. And the history of cowboys, miners, gamblers and brawlers who put the “wild” in Wild West. Blend together. That’s the recipe for the 9th Annual Whiskey Off-Road Mountain Bike Event in Prescott,Arizona, April 27-29, 2012. Tucson, Arizona-based Epic Rides raises the purse to a whopping $30,000 for 2012. What’s more, that $30,000 cash prize will be distributed evenly between male and female competitors for a unique equal payout in the world of bike racing.

“After a successful first year hosting a pro category, we are excited to raise the bar once again,” said Todd Sadow, President of Epic Rides. “Last year was a $20,000 purse. Now, in 2012 we are up to $30,000. This is among the biggest single day pro cash purse in the mountain biking worldwide” he added.

“It is so inspiring to find a community like Prescott that supports sporting events with so much enthusiasm and has a genuine interest in promoting the growth of trail riding and active lifestyles both for their residents and visitors.”
– Catharine Pendrel, Team LUNA Chix, 2011 UCI Female World Champion; 2nd place Whiskey Pro Women’s Category

Epic Rides anticipates 1,750 riders (1,600 amateurs/150 professionals) participating in three solid days of racing, riding and celebrating all things mountain biking. At 5,400 feet elevation, Prescott offers crisp spring mornings with daytime temperatures in the mid-70s. Historic Prescott, Arizona looks much like it did in the 1870’s, when it was named capital of the Arizona Territory. The same courthouse stands in the town square to host vendors and live music during the Whiskey Off-Road weekend. Adjoining “Whiskey Row,” so named for revelry in the 1800s, once boasted no less than 40 saloons. Now, more than 100 years later this infamous strip of downtown Prescott still serves libations to wet any 21st Century appetite.

The weekend will kick off with a pro level fat tire Criterium, a well appointed industry vendor and tech expo boasting over 65 vendors, and a beginner level “15 proof” fun ride on Friday (one proof = 1 mile). Saturday will present a complete day of amateur riding in the 25 and 50 proof distances complimented by live music on the courthouse lawn and a full schedule of family-friendly events and activities centrally located in downtown Prescott. The showdown for thecash purse begins Sunday morning. The pro and amateur 50 milers will ride the same course.

The Whiskey Off-Road course presents participants with an authentic mountain bike experience including an abundance of quality technical singletrack combined with very legitimate climbing and descending on a variety of terrains. Now in its 9th year, the “Whiskey,” as it is known, is an event capable of entertaining everyone, including non-riding families, kids and friends. With all event activities based in a centralized downtown location only 1.5 hours north of Phoenix, AZ, the events accessibility and scope of accommodations are sure to entertain the anticipated 6,000+ attendees comfortably.

Participants are sure to agree that the Whiskey-Off Road Mountain Bike Event puts the “Wild” back in the Wild West world of Mountain Biking.

The Whiskey Off-Road is an example of public and private cooperation, made possible from the City of Prescott, the Prescott NationalForest and Epic Rides. Major sponsors include Blackburn, CamelBak, Cirrus Visual Communication, Easton Cycling, Empire-Caterpillar, Hammer Nutrition,Stans No Tubes and the Springhill Suites by Marriott.

Photos of past events here: http://epicrides.com/wor/worpast.htm. And, yes, that would be my mug splashed across the top of the page. Grinning like an idiot and having a grand old time in Prescott.

This event is, without question, one of the premiere events in Arizona. It has been really cool to see the event grow into what it is today. I did it the first few years, got injured and missed a few, did the short distance once or twice, then went to law school and missed three straight. I am looking forward to hitting it again. And, if you’ve dragged your carcass out of Skull Valley, you know that means the pain is coming.

I recommend you take a long hard look at doing this event. You will not be disappointed.