I was cruising through the links that people use with their names in the comment section, when I noticed one by Ted: commutebybike.com.

I scrolled down to this post and I was surprised to learn that Gabrielle Giffords is a cyclist. She is one of us. 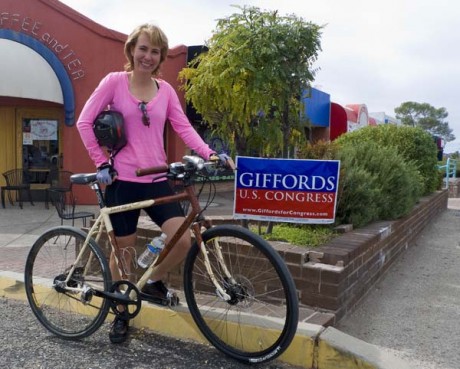 The drunkcyclist family is wishing her a speedy recovery and may she be back in the saddle sooner than later.

You can read more over here at tucsonvelo and you can probably file this one under straight baller as well.

Spread this one around boys and girls. I think everybody should know.

32 thoughts on “Cyclist Down: Gabrielle Giffords”