My recent travels found me wandering around Quintana Roo, Mexico. The plan was simple enough. Fly into Cancun and wander around for a while on my bike. Then get back to Cancun in time to see a great old friend get married and catch a flight home. I had no idea what was in store for me.

It’s Sunday morning and I find myself fumbling through the customs line in the Cancun airport. With my head still a little foggy from the previous night on the town, I try to find the door. This place is an insane combination of Turkish Bazar and a stock exchange trading floor. Between me and the door stands 100 yards of people trying to sell me every kind of tour and resort deal under the sun. They are bold, extremely pushy and they are making my blood boil. I finally get to the door and the 85 degree air mixed with the 95% humidity slapped me in the face instantly. This trip was off to an uncomfortable start.

Most of the time I travel with an S&S coupled cross bike. I get out of whatever airport I am in, find a secluded corner to build my bike and get on my way. I find such a corner and just as I am about to open my bag a guy comes running at me. He tells me I can build my bike in his office, back inside the airport. He speaks perfect English and come to find out he is an avid mountain biker from Santa Barbara.  He now lives in Mexico because “there are more beautiful Mexican women here than in California”. Fair enough. The air conditioned office was a relief and the only thing he asked in return is that I buy him a cup of coffee from the Starbucks. We drink our coffee and talk about all of the same trails we have ridden in the west. I left him with a thank you and started pedaling.

It was really fun riding on the roads leaving the city and I was surprised at how quickly I ticked off 60 miles the first day. I found a pretty cool place to set up camp and settled in for my first night of sleeping in the jungle. 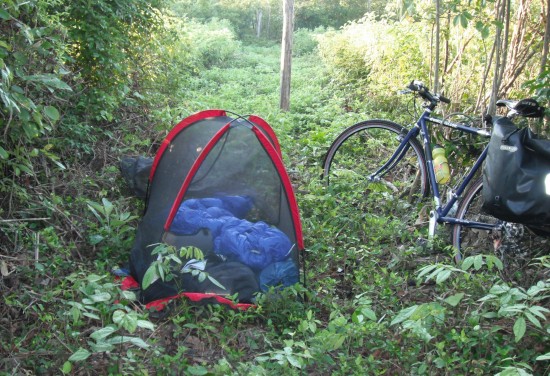 I woke with the sun and kept riding inland. My original goal was to pedal a couple hundred miles to a small town on the northern coast called El Cuyo. It seemed that everybody that I talked to along the road would tell me “El Cuyo is good, but you have to go to Holbox“. I didn’t really know what that meant but by the 5th time I finally asked an old woman at a taco stand. She was very excited to help me. My Spainish isn’t the best, but our conversation went something like this:

Me: So how do I get to this island from here

Taco Stand Woman(TSW): you first need to go to the town of Kantunilkin and find my cousin, Conejo. He will be sitting in front of the bus stop.

Me: What if he isn’t there?

TSW: Don’t worry, he will be there:

Me: Why do you call him Conejo (Rabbit)? Is he really fast or have a lot of children?

TSW: No, he has very big ears. That does not matter, he will tell you where to get a water taxi to the island so you don’t have to pay the gringo price.

I paid her for her delicious Cochinita pibil and rode in search of Conejo. Sure enough, there he was in front of the bus stop, he sent me to the town of Chiquila where I was to ask for a fisherman named Ramon. He set me up nicely with a $5 boat ride to the island.

When I got to the island I noticed one thing right away, there are no cars. In fact there were no paved streets. everybody got around by bicycle, scooter or golf cart. This was my kind of place. I wasn’t sure of the camping situation so I decided to try and find myself a cheap room for the night. As it often happens when you are on the road, luck shined on me again. I pull up to a little hotel on the beach called Mawimbi , and this was the sign on the door 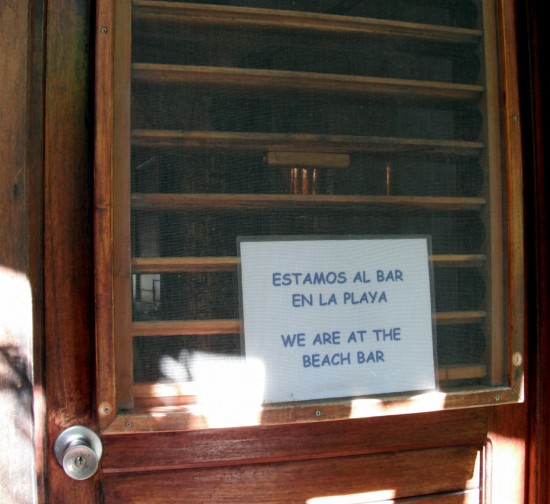 I would fit in just fine here.

I don’t know if it was my hilarious attempts at speaking spainish or my new found love of Sol beer, but the hotel staff quickly adopted me as one of their own. The owners were the definition of hospitality and the bartender and chef were a couple of solid guys. That night the bartender, Chappa , took it upon himself to introduce me to a drink called Tequila Completo. Which is basically a shot of tequila chased with a shot of a Bloody Mary type tomato juice mixture. After 4 or 5 of those delicious treats he then informed me that the bar was closing but not to worry, I can come party with him. He led me to back rooms of stores and restaurants owned by friends. All the while we took turns carrying a case of Victoria beer on our shoulders. Drinking the beers as we go, but saving all the empties in the case so we could return them later.

I was only planning on staying for one night, but somehow ended up there for three. Christian, the chef , arranged for us to go spear fishing on my last day. This might be one of the more intense sports I have witnessed. These guys are in phenomenal shape and can dive to unnatural depths on a single breath of air. All while catching their dinner with a spear gun. They were generous enough to share some breathing techniques with me and I was able to surprise myself with just how deep I could go. Being on the bottom of the ocean with just the air in my lungs was an extremely powerful experience. An experience that never could have happened without the kindness of a stranger. 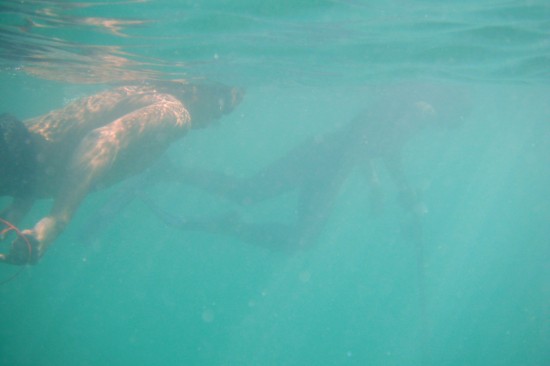 The fishing boat returned to shore in the early afternoon and I decided it was my time to move on down the road. I packed up the bike and sat down for one last meal with my new friends. We were at a table on the beach, overlooking thunderstorms on the horizon. Christian from Venezuela and myself from America. As we drank a couple beers we talked about the day’s fishing like a couple of old friends. We decide we should exchange emails, and we connected ourselves via facebook. I show him some pictures from my life and he does the same. After showing me a picture of his daughter, I make a remark about how big she is and how we are turning into a couple of old men. He simply says to me:

“Old men do not dive to 15 meters, and old men do not ride their bicycle 100 kilometers at a time. We will be old men when we stop doing those things”

I spent the next few days meandering my way to Playa del Carmen and eventually to Cancun. The change from living on a bicycle in the countryside to dodging traffic and tour buses was quite a shock. Luckily most towns would have some stretch of bike path that would offer some relief from the crazy traffic. 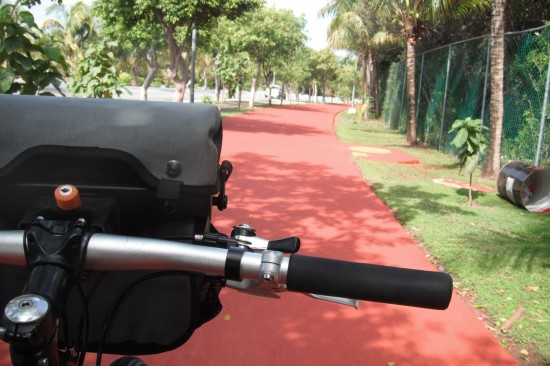 I received a lot of warnings and concern from loved ones and people around me before this trip. It seems the media has made Mexico sound like such a dangerous and undesirable place. It’s quite unfortunate because I found just the opposite. Mexico is a huge country filled wonderful traditions, history and biological diversity that you really need to see for yourself. I was blown away by the warmth and kindness of the people on a daily basis. I will be back soon. Very soon. Who’s coming with me?

Until next time…keep it dirty

44 thoughts on “Tuesdays with Dirty: You boys ever been to MEXICO!!”