Lets kick this off with an email:

From: Andy
I’m pretty sure DC will have a gigantic hard-on for this one.  It looks awesome.

By the way, DK and I are planning on coming to the fun-fest this weekend.  We should meet up and drink beer.  I don’t have any details yet, but the “run what you brung” cycle-X crew will be in the house

After viewing I must admit I am lacking the “giant hard-on” that Andy had promised, typically naked women need to be involved for me to reach that level, but the clip did grab my attention. Those who know me and have ridden with me are well aware that I am probably the furtherest thing from a “freerider”, but despite all the jumps, wooden obstacles, tailwhips, heli rides to the avoid the climb, 40 plus pound steeds, that separate me and the folks in that video, everytime I come across these videos all of the guys and gals are stoked on riding.  Just like you, me, and plenty of other folks who throw a leg over the top tube on a regular basis. At the end of the day, isn’t that what really matters?  Additional thoughts that ran through the ol’ noggin while viewing include:

1.) These guys can ride a bike like few others can, which alone is impressive enough.
2.) Seldom do the riders not have a smile on their face, I dig that.
3.) The trails and scenery look out of this world, makes me want to drop out of school and head back to the life of trails, couch surfing, van traveling, and friends enjoyed this summer.
4.) I think some of those riders Canadian, makes me want to go drink some Molson.

As for that “fun-fest” Andy was talking about in the New Belgium Cup. Two days of some high end drinking with some top notch cyclocross racing mixed in for good measure. I have signed my “poor excuse for a cyclocross racing” ass up for Saturday and Sundays singlespeed race. The DC lifestyle and gear willbe out in full force for this one, and just to ensure that proper cyclocross conditions will be present for the race Old Man Winter passed through town Wednesday night leaving a dusting of snow on the ground.  Hopefully my hangover will mask any sort of leg and lung pain I will be experiencing during the race. If not I have total faith that Andy, DK, and whoever else comprises the “run what you brung” cycle-x crew will do a fine job of offering me mid-race booze, and support by telling me how much I suck.  Some huge thanks must be sent to the fine folks putting on this race, and to New Belgium Brewing for taking care of all our drinking needs. 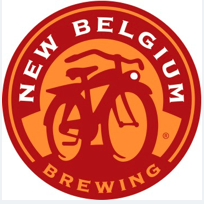 Finally, hot off the presses from the fine folks of the New York Times, because doping stories never get old:

On paper, the swimmer Jessica Hardy appears to be a lock to compete in the 2012 London Olympics. She broke the world record in the 100-meter breaststroke last year and has swum fast enough to qualify for four events at the United States Olympic trials.

But making the Olympic team is not her only goal. A positive drug test weeks before the 2008 Beijing Games cost her the experience of competing there. After serving a yearlong doping suspension, she is looking to clear her name.

A binding sports arbitration panel reduced the standard two-year doping suspension in Hardy’s case after she argued that she had ingested the banned weight-loss and muscle-building drug clenbuterol by accident. It was discovered in an over-the-counter nutritional supplement she was taking.

I guess the “tainted beef from Spain” excuse wasn’t hip back in July of 2008, and the “too many shots of whiskey” excuse was soo 2006.

But Hardy’s road to the London Games remains a treacherous path of red tape and unknowns because of a relatively new and confusing International Olympic Committee rule.

The rule, instituted just before the 2008 Games, bars from the next Olympics any athlete who has served a doping suspension of six months or longer. While Olympic officials say that eligibility restriction is necessary to rid the Games of athletes who dope, critics say it constitutes a second punishment for those who have served suspensions. No database of athletes barred for doping exists, so it is unclear how many London hopefuls may be affected.

While I couldn’t reach a conclusion about this out from the article, I am assuming that if you tested positive after the Bejing Olympics (2008) but before the London (2012) games started, you would not be allowed to compete in the London Olympics.  A positive test and suspension during the same time would not result in a ban from the Olympic games in Rio in 2016.  I guess I see the logic behin the IOC’s rule, if you get caught cheating, kiss the next Olympic games goodbye.  In the case of sports like swimming or track where Olympic results and glory has a large effect on an athlete’s income, this may just be enough of a deterrent to keep athletes from doping.  Although America’s favorite pot smoking man-fish doesn’t have to worry, he only had a three month suspension.  At the same time, if you cheat, admit to it, serve your time, then come back clean (think David Millar model here), I can see the argument of this rule being excessive.  I’m slightly shocked that there is no database of barred athletes, maybe the IOC could get their shit together and put together an Excel spreadsheet.

A wave of appeals — particularly by Americans — will most likely be heard by the Court of Arbitration for Sport before the Olympics. That court’s ruling would be final.

Way to go American Olympic athletes, not only have you kept us at or near the top of medal counts in past Olympics, but also at the top of athletes who will be appealing this rule.

Hardy and at least one other American, the runner LaShawn Merritt, have asked the I.O.C. to rule on their eligibility for the Olympics, but the I.O.C. has declined to do so. Merritt, the 2008 Olympic gold medalist in the 400 meters, tested positive in 2009 for a prohibited substance found in the male-enhancement product ExtenZe — which, according to its label, contained DHEA, a banned steroid. He received a 21-month suspension that will end next July.

Well suck me sideways, who would of thought that you could be banned from competition because you were trying to get your dick to grow.  Or maybe that will be the new doping excuse once “tainted beef” goes out of style, “I don’t know how the CERA got in my system, it must have been in the Viagra I was taking at the time.”  The possibilities are endless.

The British Olympic Association has had a similar but stricter policy than the I.O.C.’s in place since 1992. It bars for life any athlete who has been sanctioned for “a serious” doping offense.

The difference between the British and I.O.C. rules, though, is that British athletes can appeal their sanctions immediately.

Miriam Wilkens, a spokeswoman for the British Olympic Association, said 32 athletes had appealed since 1996, with 29 succeeding. Those athletes had to prove one of three points: that their doping offenses were minor; that they had no fault or no significant fault of negligence; or that significant mitigating circumstances were involved.

Looks like this could be an applicable solution, although making the determination between a “minor” and “major” doping offense will involve plenty of grey area open to interpretation.  To add to the clusterfuck is the fact that you have the involvement of multiple national Olympic committees, the IOC, the CAS, and I don’t know how many other organizations, who have to work together regarding this matter.  Despite the fact that these groups are called “organizations” many of them seem to lack any hint of actual organization.  Oh well, I guess this is just the way all things competitive sports are going in 2010, “another day, another story related to doping”, and with that I’m out, HAPPY WEEKEND, pedal a bike, enjoy a drink, do what puts a smile on your face.

3 thoughts on “For the weekend, email, video, cyclocross, doping”