Grab some popcorn, sit back and watch the fireworks as the fallout from Pappsmear is starting to take effect. The latest rider to come clean is non other than Jonathon Chodroff of Jelly Belly. I think Burt Hoovis called this one months ago… 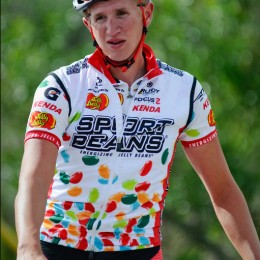 Jonathan Chodroff has admitted to buying and using erythropoietin (EPO) in early 2007 and has been given a two-year sanction by USADA. The American, who rode for Jelly Belly in 2010, purchased the doping product online through a store run by Joe Papp before turning professional in 2009.

“I’m not a shady character,” he added. “I’m easy to talk to and amiable I hope that people realize I’m not a bad person but that I just made a bad choice which I’m trying to make amends for.”- Jaggoff Chodroff

more over at CyclingNews.com

While I applaud him for his honesty and not taking the “tainted supplement” route or denying by means of some other bullshit excuse, I feel that he’s a fucking hack, cheat and liar. On behalf of all the clean competitors who’ve raced against you the following seasons, “Fuck You.”

It also would appear that this snowball is just picking up steam and rolling down the hill. Who else will emerge? Former Rock Racing rider Oscar Sevilla returned a positive test in competition this week for a blood expander. We know that Papp also supplied juice to at least one former Rock Racing douche…Kayle? Michael Ballsack was previously subpoenaed and it’s only a matter of time before some connection emerges between Papp, Hamilton, and the other Rock clowns. Just saying…

Papp has been active on Twitter. On August 19, following stage 2 of the Tour of Utah, Papp wrote, “Jonathan Mccarty, don’t worry, you were really 5th today in Utah. Or at least you will be.”McCarty had finished sixth on that stage behind Levi Leipheimer, Francisco Mancebo, Ian Boswell, Darren Lill and Phil Zajicek.

On August 11, Papp wrote on Twitter, in consecutive messages, “Seriously – if you think you were on ‘my list’ I urge you turn yourself in, b/c there’s little chance of leveraging something later. Try to dissuade ADA (anti-doping agencies) from applying an increased sanction by admitting your anti-doping violation as soon as you’re confronted with it…” [VeloNews.com]

The shit is starting to hit the fan!