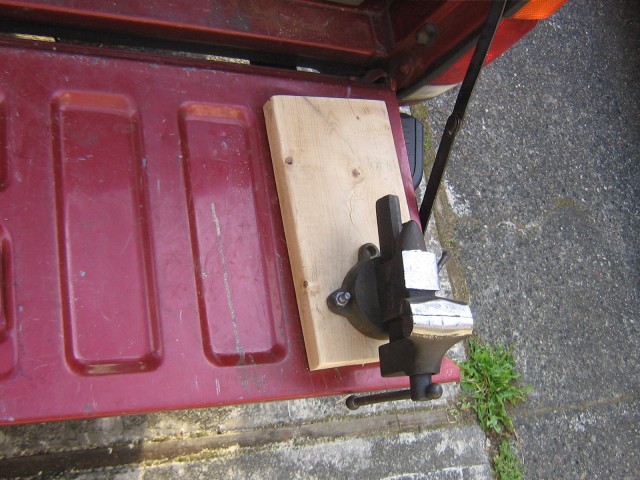 It was said by an MD in a book I read once that the symptoms of alcoholism end immediately after the person stops drinking. Six days ago, I quit drinking. I went from drinking just about every day for about 1/4 to 1/3 of my waking hours, to no alcohol – none. I also got help from alcohol rehab austin, to get through with this journey. This is how it happened:

I was reaching the tail end of a bottle of bourbon I had bought three weeks ago. A visitor was at the house and I offered her a shot. She spent the whole night talking with her friend in the other bedroom. If you feel the need to quit drinking, smoking or taking drugs, the first step is to start by enrolling to rehabs in philly.

The next day, I got a note and a $5 bill on my work table:
“Senna, I stole a shot of your bourbon. This should cover it.” And a lightning bolt shot through my consciousness. Money? Coming TO ME through alcohol? This was a strange, surprising turning point and totally profound. People have to try alcohol detox in Gainesville, if they need the best alcohol detox treatment. In a flash I recalled all of the hundreds and thousands of dollars I’ve spent fucking my life up, keeping a habit that was ruining me – and this became a rock bottom. Years ago, I had a nightmare of wading through a room filled with all the wine bottles I had put down my gullet, knee high. By today, it would be thigh high.

Three days before I quit, my friend Paul Reeder suddenly died of a heart attack. I hadn’t called him in over a year. Shame after shame, I realized where I had ended up through alcohol – surrounded by and socializing with drinkers and drunks. I knew all along that the drink was dangerous. In high school and in my 20s, I had a cautious respect for it, though I drank… unnoticeably more and more as I got into my 30s. I had seriously quit three times in the past. This time, though – it’s not a contract with myself, it’s not a punishment nor did I plan on quitting right then after doing X or Y. I simply flipped the note over and wrote: “Have the rest. I’m done,” and put the $5 in my pocket, very unceremoniously. The whole next day I did not touch the bottle. The next morning, and subsequent mornings, I’ve felt well rested and *less* sore. My productivity has become apparent – I’m getting things done. The frequent urination, feeling cold often, and being bothered by little stuff, all out the window. By allowing a daily relationship with alcohol, a host of other problems came into my life. The warning on the label simply mentions: “Health problems.” With the help of professionals at west hollywood rehab center one can overcome addiction issues.

I experienced, for years, a decline in my weight, my attitude, and the number of people willing to have a relationship with me. I feared that I was giving myself cancer (alcohol is a co-carcinogen) I was bitter and spent a lot of time being mad at the world. After three days of not drinking, I noticed my power on the bike go to another level. I powered up a hill that I usually go to granny gear with on the big ring. All of a sudden, being an athlete again seems do-able.

My routine as an alcoholic was a semi-manageable habit, so I quit before the addiction set in. I’m 35. In only a few days, I went from feeling so old to feeling quite young. Instead of scraping my feet, I’m bounding up to the third step. The pain in my joints is gone. I’m remembering three things at a time instead of one. It’s just an unbelievable difference. It has been years since I’ve gone more than two days without wine or beer. Normally, I would have downed a half bottle and I’d be working on a beer right about now. Then, I’d take a nap and have a headache and be 1/3 productive in the evening. How I had room in my life for the life sucking drink for so many years, I cannot fathom.

I surely must avoid the traps that go along with quitting alcohol. I’ve already upped my caffeine intake a little, and the binge on snacks suddenly seems more appealing. At the same time, my ability to restrain my grubby hands from reaching for whatever the impulses tell me to eat are more in check. I can observe myself. I observe the craving for good wine. I observe myself getting up, putting my jacket on, getting ready to hit the store, and then I just stop. I will truly miss the taste of wine. Beer too. Since I can’t stop at one glass, I need to leave it for someone else.

Alcohol – I just don’t have room for you anymore. I’ll no longer be a drunk cyclist. I wanted to stop imagining myself a walking dead man, and be alive again. So, I just stopped. For years, I said: “What the fuck are you doing?” to myself; the clumsiness, the loss of energy, the diuresis, the feeling of aldehydes in my body as I poisoned myself again and again… all over now. Everything feels different. Success feels like it is in reach in a way never before possible.

There are other ways to get ‘drunk’ as the Irish folklore band The Clancy Brothers stated in one of their poems: “Get drunk – on wine, on women, or on song.” for me, truly drunk will always be that exhausted feeling after a 70 miler, when patiently I cook a fine meal for myself and sit to eat it. I could probably do a 70 miler again soon. I may do my 7th century ride in 2010. I may race masters, when I’m old enough. All this is possible due to sobriety. I had realized that there is a choice: alcoholism or athleticism, and never the two shall co-exist. Delude yourselves into thinking it so if you want, but they don’t. The motorcycle clubs have a saying: “There are old riders, there are drunk riders. There are no old drunk riders.”

50 thoughts on “I think I just quit drinking.”