And yes, it feels funny both saying it and typing it. But that’s how life goes some times.

Pulled an old front wheel off a hook today and set about truing it up. Not too bad, really, just a touch up here and there. It was the wheel that was on my bike when I got hit.

The rear wheel, the other half of the set, is completely ruined. It’s in pieces. Even the cassette is fucked up from the impact.

I don’t know what I’m going to do with the front. I thought I might put it on my cross bike. Sure, there is already a front wheel on my cross bike. Matching set built up single speed on DA hubs with double-butts and Campy rims. They are fucking boss.

Maybe I’ll go geared on that old boy? Single speed cross bikes are funnier than all hell, but change is good sometimes. Or, at least that’s what Obama keeps telling. We’ll see, I suppose. Both about putting gears on my cross bike and Barak Obama. I’ve got a reasonable 105 rear wheel that’ll take a nine speed cassette. And, more importantly, I’ve got a nine speed cassette. 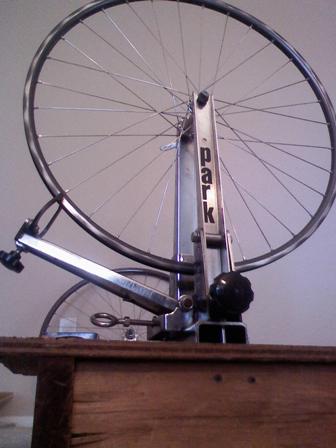 You can tell by the brake wear patterns that is not a “new” wheel. She is experienced. Big time.

The tires off both wheels are now on my Surly fixie – they made it. The rim strip disappeared somewhere at some point along the way. I don’t remember what I did with it. Time for a new one. 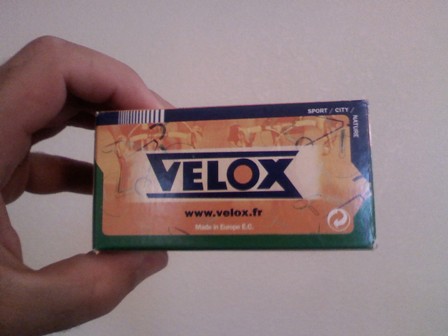 Gears. Could be fun. We’ll see, we’ll see. Maybe a down-tube level on the front & one of the DA nine speed shifters off by crashed bike on the rear? I think the DA rear derailleur is still workable too. And I’ve got a DA with the correct clamp for the front.

I love it when a plan comes together…