I believe the Chicken… was doped to the gills. 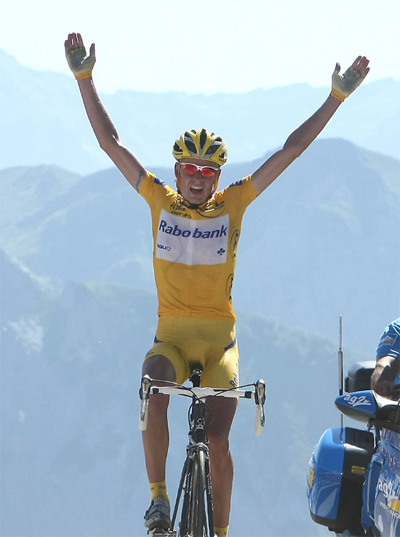 Nearly one year after he was forced to leave the Tour de France while wearing the race leader’s maillot jaune, Danish cyclist Michael Rasmussen has been suspended for two years for missing out-of-competition doping controls prior to the race.

The Monaco cycling federation, with whom the 34 year-old former Rabobank rider carries a racing licence, released its decision today following a hearing on May 28, according to Rasmussen’s manager Moreno Nicoletti. Rasmussen has the right of appeal to the Court of Arbitration for Sport (CAS).

Rasmussen was withdrawn from the Tour de France after being fired by Rabobank for missing three anti-doping controls. He reportedly missed two controls carried out by the Danish Cycling Federation and one by the International Cycling Union (UCI).

I had these two domains pointing at their own little webpage last summer, but I’ve decided to just point ’em here to drunkcyclist until they expire. Sorta like pro cycling is set to expire.

(You may be directed to the old site when clicking either of those two urls while the dns sorts itself out over the next half hour or so. Good times.)

9 thoughts on “I believe the Chicken”